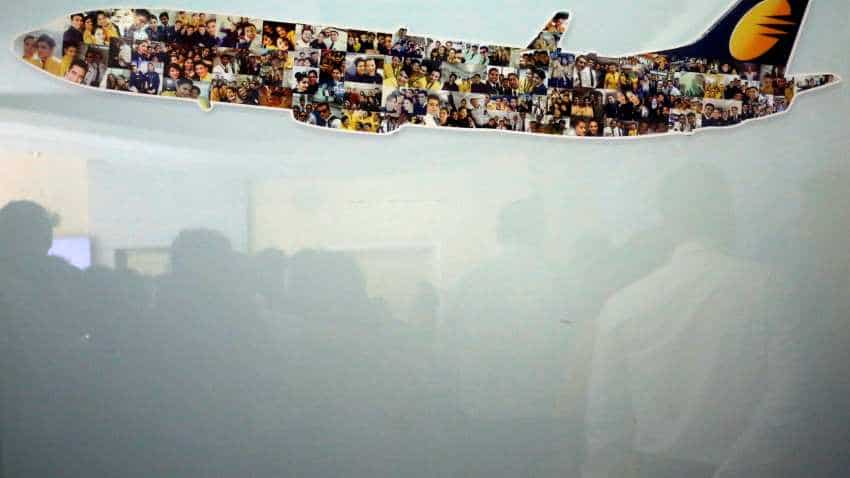 Jet Airways employees are reflected in a glass window at its headquarters in Mumbai. Reuters image.
Written By: IANS
RELATED NEWS

A day after Jet Airways temporarily suspended operations, the government has strictly advised domestic airlines not to indulge in predatory pricing and keep air fares affordable, a senior official said here on Thursday. After meeting with airlines representatives, Civil Aviation Secretary Pradeep Singh Kharola said: "We have given a strict advice to the airlines that they should not resort to predatory pricing and as far as possible the prices have to be kept at affordable levels."

Last Tuesday the government had advised domestic airlines to keep air fares in check after high prices were found on around 10 routes. The revelation that time was made as DGCA monitored 40 high-density routes. The regulator compared current prices with those between March 7 and 14 and found high fares on 10 routes. Besides, Kharola said that Air India has already introduced rescue or special fares to Jet Airways stranded passengers at international stations.

"We also suggested to the airlines that sometimes for the help of stranded passengers, they can have something called rescue fairs which is especially applicable to international passengers whose flights have been cancelled," Kharola said."Air India is the first airline to respond to it and they have already introduced special fares for passengers stranded at international destinations."

The development comes a day after Jet Airways announced the temporary suspension of all its flight services from Wednesday night as it failed to secure interim funding for maintaining even bare minimum operations.