Rishi Sunak and his wife Akshata Murthy, the daughter of Infosys co-founder NR Narayan Murthy, and the Chancellor of the Exchequer in Britain, has found himself embroiled in a bit of a controversy. 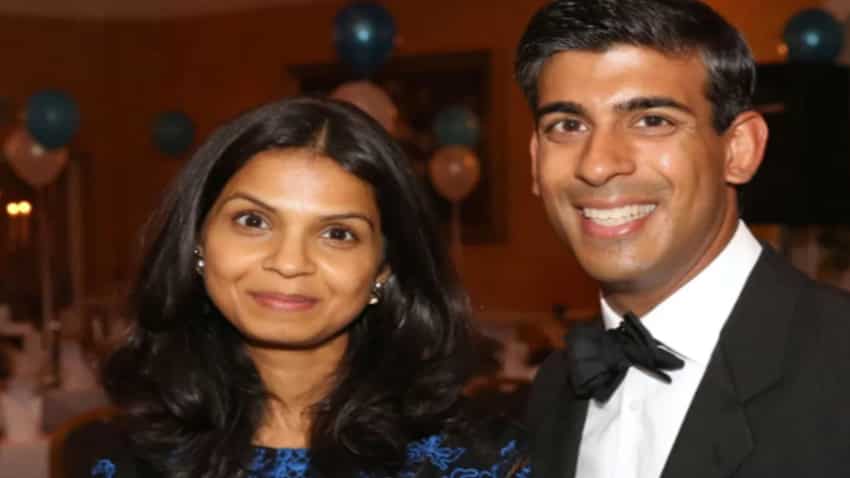 Rishi Sunak and his wife Akshata Murthy, the daughter of Infosys co-founder NR Narayan Murthy, and the Chancellor of the Exchequer in Britain, has found himself embroiled in a bit of a controversy. That is a rarity for Rishi Sunak who mostly shuns the limelight and prefers to let his work do the talking. Sunak has had a meteoric rise in Britain's political circles under PM Boris Johnson. In fact, he has emerged as strong number 2 in Britain after Prime Minister Johnson. The only time Sunak has been in the news is when he takes a strong stance on certain aspects of the policy and he refuses to budge till he gets his way. He has ben praised for his work as the Chancellor even during the tough times during the Covid1-9 pandemic. Stickler for probity, in all aspects, especially when it comes to money, he now finds hiself facing a difficult situation.

Rishi Sunak is facing cricism after, reportedly, his wife Akshata Murthy’s financial holdings were not fully disclosed by him. The Guardian newspaper reports that Rishi Sunak did not fully disclose his wife's assets. In Britain, ministers ought to publish financial details of close family members to ensure transparency in all matters. It is a kind of a ministerial code that has to be followed. It now emerges that Akshata is richer than even Queen Elizabeth in the UK.

Ideally, this aspect should have been revealed by Rishi Sunak. In actuality, Sunak’s financial statements mention only his wife’s ownership of a small UK-based venture capital firm called Catamaran Ventures.

And what is wrong in owning shares of a company co-founded by your father, which happened to have seen amazing success and emerge as one of India's premier private sector organisations?  Simply because, Infosys is a contractor to the UK government. Not just that, it has also emerged that Akshata Murthy has stakes, undeclared, in at least six other UK companies including a £900 million-a-year joint venture with Amazon India.

The Guardian report is now serving as a basis for the UK government ethics watchdog to investigate allegations against Sunak.

Also, Sunak has co-founded a global investment firm that helps to fund small businesses in the UK.