RIP Arun Jaitley: Legal brain and strategic planner of BJP no more - Here's a look at his journey

Arun Jaitley had been unwell for the last two years, and in 2018, he took a three-month sabbatical to undergo a kidney transplant, following which he was put under isolation. 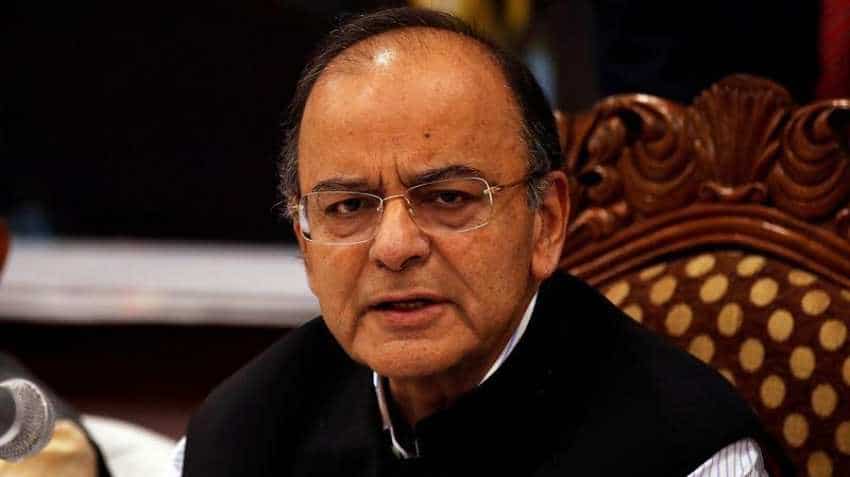 Jaitley has been a senior advocate in the Supreme Court and a former Additional Solicitor General of India. Image source: Reuters
Written By: ZeeBiz WebTeam
Edited By: Rajeev Kumar
RELATED NEWS

Former Union Finance Minister Arun Jaitley today passes away at the All India Institute of Medical Sciences (AIIMS) after a prolonged illness. Jaitley had undergone dialysis on Thursday. "It is with profound grief that we inform about the sad demise of Former Finance Minister Arun Jaitley, Member of Parliament (MP) at 12:07 p.m. on Saturday. Jaitley was admitted in AIIMS, New Delhi on August 9 and was treated by a multi-disciplinary team of senior doctors," said Aarti Vij, Chairperson, Media and Protocol, AIIMS.

Arun Jaitley has been unwell for the last two years, and in 2018, he took a three-month sabbatical to undergo a kidney transplant, following which he was put under isolation. Earlier in January, 2019, he left for the US for medical treatment where he was diagnosed with a rare kind of cancer. This as the reason, he could not present the Interim Budget on February 1.

Jaitley was believed to have gone for a medical check-up relating to his kidney ailment. However, reports came in that he was diagnosed with soft tissue sarcoma, a rare type of cancer. He was admitted to AIIMS last year in early April following which he underwent dialysis. He had a renal transplant surgery on May 14, 2018. In September 2014, he also underwent a bariatric surgery on account of severe diabetics.

The former finance minister had stopped attending office at the beginning of April and was back in North Block - the seat of Finance Ministry - on August 23.

One of the prominent leaders of Bharatiya Janata Party(BJP), Arun Jaitley became the Finance Minister & Minister of Corporate Affairs in the Narendra Modi government in 2014. He also served as a member to the Board of Governors of Asian Development Bank.

Jaitley has been a senior advocate in the Supreme Court and a former Additional Solicitor General of India. He also served as the General Secretary of the BJP in 2002 and then again in 2004. He resigned from the post of General Secretary in 2009 after he was appointed as the leader of opposition in Rajya Sabha under the party principle of “One Man, One Post”.

Arun Jaitley has always emerged as a strategic planner of the BJP, helping Narendra Modi, now the prime minister of the country, win the assembly election in 2002. As the General Secretary, he managed eight assembly elections, which proved victorious for the BJP.

He was re-elected to the Rajya Sabha in April 2012 for his third term. He also served as the Vice President of BCCI but resigned from the post after the IPL spot-fixing scandal. Arun Jaitely was elected as Rajya Sabha MP from Uttar Pradesh in April 2018.

In the first five years of the Modi government, Arun Jaitley held the portfolios of Finance Ministry, Corporate Affairs Ministry, efence Ministry, and Minister of Information and Broadcasting at various times. Despite keeping ill, he was indispensable to Prime Minister Narendra Modi, who needed him for smooth passage of bills in the Rajya Sabha. He was also stated to be Modi’s "eyes and ears".

run Jaitley did his schooling from the St Xavier’s School (1957-69), and was very passionate about studies, debates, and sports such as cricket. He graduated from the Shree Ram College of Commerce and was an active debater and President of the student union of the college. Later, he did LL.B. from the University of Delhi (1973-77).

Since childhood Arun Jaitley had a keen interest in law and politics, and his victory in the election as the President of the Delhi University Students’ Union marked the beginning of his political career with Janata Party. He was appointed as the Convener of the Coordination Committee of the youth and student organisation.

He won the students union election as an Akhil Bhartiya Vidyarthi Parishad candidate when the Congress’s rule was very strong. He was a follower of Jai Prakash Narain. In 1975, when emergency was declared for 22 months, Arun Jaitley was one of the leaders to be detained and was imprisoned for 19 months in the Tihar Jail. He considered this phase as the turning point in his life as he came across people of different backgrounds during his stay in the jail.

In 1977, when the Congress suffered a humiliating defeat in the general election and Janata Party came to power, Arun Jaitley was the convener of the Loktantric Yuva Morcha.

Born to a family of lawyers, social activists and philanthropists, Arun Jaitley's father, Maharaj Kishen Jaitley, was also a lawyer residing in Naraina Vihar, New Delhi. His mother, Ratan Prabha, was a housewife and a social activist.

Married to Sangeeta Jaitley, who is the daughter of Giridhar Lal Dogra and Shakuntala Dogra, Arun Jaitley has two children, Sonali Jaitley and Rohan Jaitley, and both are lawyers.