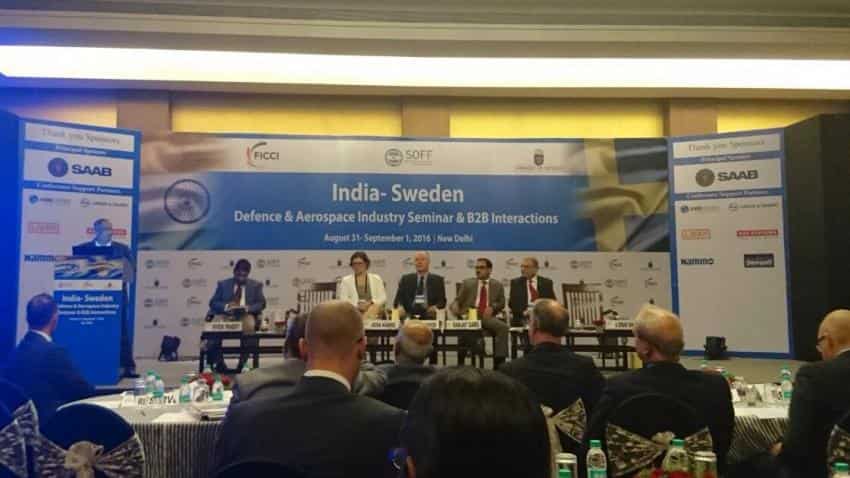 It is the right time for the Swedish companies to partner with firms from India's defence manufacturing industry, said a joint secretary from the Ministry of Defence in a recent seminar conducted by Ficci.

Federation of Indian Chambers of Commerce and Industry (Ficci) in collaboration with SOFF and Swedish embassy, organised the India-Sweden Defence & Aerospace Industry seminar in New Delhi on Wednesday.

In a bid to deepen Indo-Swedish defence and aerospace cooperation, the Government of India has urged Swedish companies to forge large scale partnerships with Indian manufacturers and reap the ‘early bird’ advantages from the amended defence procurement rules, Ficci said in its press release.

The Ministry of Defence had released the revised Defence Procurement Procedure (DPP) document on March 28 this year and it came into effect on April 1.

While addressing the Ficci seminar, Ministry of Defence joint secretary (DIP) Sanjay Garg, said in a release, "The policy focus was not just on pure manufacturing. The Government of India, on its part, in the last two years has approved 85% of the capital acquisition proposals under the new category called Buy Indian - Indigenously Designed, Developed and Manufactured (IDDM) and Buy and Make In India."

The time was ripe for Swedish companies to find the right partner from the Indian defence manufacturing industry, he further said.

Spokeperson from Sweden's Embassy stated that both countries have a strong industry base and India has now become an attractive place for investors.

“We have the expertise and know-how in the defence and aerospace sector to support your success,” said Embassy of Sweden's  Charge’ d’Affaires Josa Karre in a statement.

Echoing similar views, spokesperson from Sweden's Ministry of Foreign Affairs said that there was tremendous scope for collaboration between Swedish and Indian companies in aviation, maritime security and combat training and simulation for army personnel.

"Swedish companies are here for a long haul and this was possible because of the trust and reliability that they enjoy,” said Sweden's Ministry of Foreign Affairs Ambassador Anders Bengtcen in a statement.

"...the policy framework had been streamlined and was extremely supportive of building strong partnerships between Swedish and Indian companies," said in collective view by Ficci's Chairman of Defence and Aerospace Committee Jayant D Patil, Chairman of Ficci Taskforce on Aerospace Sudhakar Gande and Secretary General of Ficci Dr A Didar Singh in a statement.