GST Council revised tax rates on 27 items and 12 services. However, even after petitions and letters to the government to reduce tax incidence on sanitary pads it was not revised. 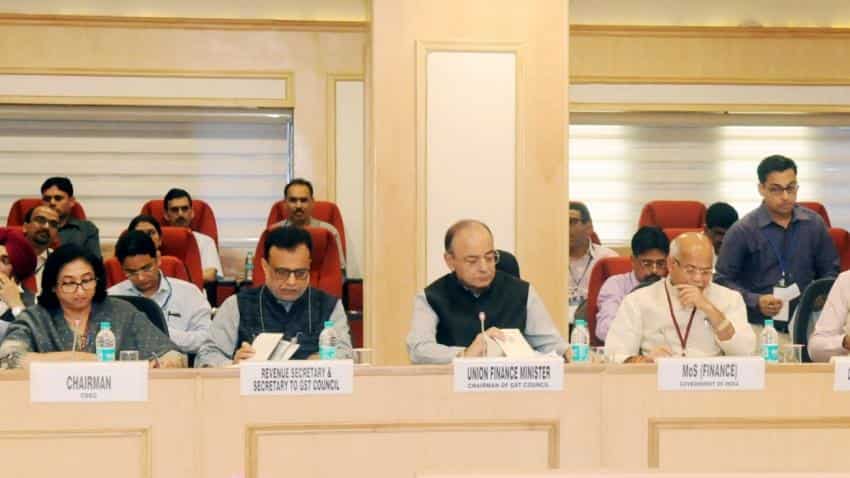 In another revision of rates under the Goods and Services Tax (GST) regime 27 products saw rate reduction in the new tax regime. Adding the earlier products that went under the revision scanner in June a total of nearly 100 goods have had their tax brackets revised.

Still sanitary napkins have failed to make the cut.

The tax on sanitary pads continue to be at 12% under GST.

The GST Council that announced the revision of tax rates on Friday did so after lobbying from industrialists and other known entities. However, despite campaigns, letters and numerous articles to the government to reduce tax rates on sanitary napkins it has still failed to make the list.

To understand further if the government can extend its tax leeway on sanitary pads, Zeebiz spoke to Suhani Mohan, Co-founder and CEO of Saral Designs.

Saral Designs manufacturers its own ‘ultra-thin’ sanitary napkins at affordable rates and distributes them across the country reaching villages through appointed ‘Sangins,’ a group of local women who sell these pads door to door in addition to educating the rural women and young girls on menstrual hygiene.

“A lot of medical products have now been exempt of tax or have a lower tax incidence. Sanitary napkins are still categorised under miscellaneous products and a separate argument always needs to be made because of this categorisation,” Mohan said.

Among the goods that had their taxes revised were Ayurvedic, Unani, Siddha, Homeopathy medicines, mango dried slices, khakra and plain chapatti, ‘namkeens’ and even kerosene oil.

“Sanitary napkins are classifiable under heading 9619. In pre-GST, they attracted concessional excise duty of 6% and 5% VAT and, the pre-GST estimated total tax incidence on sanitary napkins was 13.68%.  Therefore, 12% GST rate had been provided for sanitary napkin,” said Ministry of Finance on July 10, 2017.

The ministry even listed out the ‘major’ raw materials for manufacturing of sanitary napkins and applicable GST rates on them.

She further added, “However, if we can reduce the tax slab of pads from the current 12% to 5% manufacturers can get input tax credit which may help in reduction in prices.”

Initial demands of activist groups like She Says that started the campaign Lahu Ka Lagaanback in 2016 said that sanitary napkins should be treated as an ‘essential commodity’ and be made tax free much like other contraceptives.

Failing this the government has not yet considered a lower revised rate either.

Asked Mohan of Saral Designs if a 5% rate on pads was possible to which she replied, “If it comes down to 5% manufacturers can avail input credit tax and the purchase price can be low. Of course, it is upto the manufacturer if they would want to pass the benefit to the consumers or not. But in this competitive market even if one manufacturer decides to pass on the benefit to the consumers the rest will have to follow ultimately bringing down the price of the pads.”

Mohan further went on to illustrate an example of price reduction of sanitary pads.

Asked what would change in tax slabs do to impact affordability factor of pads in India.

“Even minor changes like 4-5% which may not matter to us but it does impact the lower income segments,” Mohan said.

“There are households that also look at Rs 50 saving annually as a big thing. So if the lowest costing pads which start at Rs 30 a pack comes down to lets say Rs 28 I think it would make a big difference for consumers to start using them,” Mohan added.

Taxing sanitary pads is akin to violation of human rights