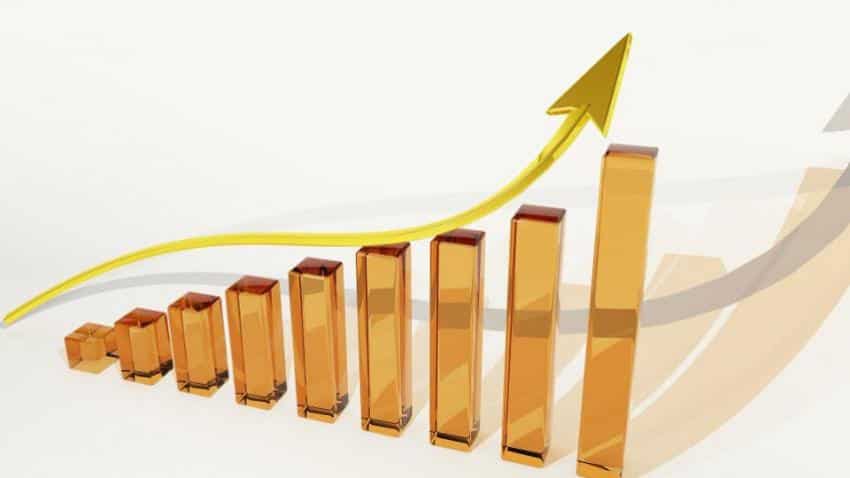 The aggregate topline of companies in key sectors to have grown ~ 9% on-year in the third quarter of fiscal 2018, says a CRISIL Research report.

The companies across key sectors account for nearly 70% of the market capitalisation of NSE-listed companies, excluding banking, financial services, insurance and oil, the report adds.

According to the CRISIL report, higher realisations in steel, aluminium, cement and crude oil-linked sectors, and a pick-up in consumption-driven sectors such as auto, airlines and retail, along with resolution of Goods and Services Tax (GST)-linked issues are expected to have lifted growth. 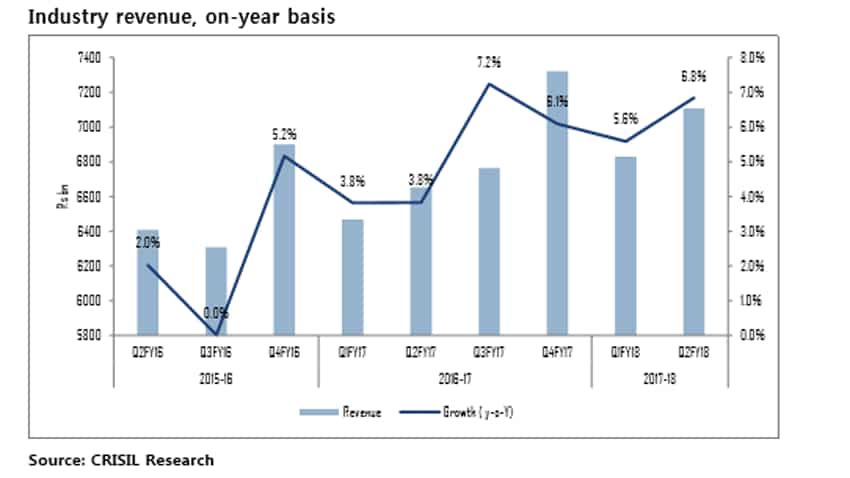 Prasad Koparkar, Senior Director, CRISIL Research, says, “The second quarter exhibited broad-based improvement, which could be the prelude to a cyclical upturn. More significantly, revenue growth is starting to exceed inflation by a meaningful margin after a long time. Revenue growth for India Inc is expected at 8-9% this fiscal, compared with 4% average CPI inflation expected. In the past five years, despite declining CPI, revenue growth wallowed below it.”

Further, the report says, "stronger performance of consumer-oriented sectors is expected to be the primary driver of growth in the second half of this fiscal with GST teething troubles abating and trade channels reverting to normalcy."

Telecom, though, would continue to face pricing pressure as incumbents slash tariffs to maintain competitive pricing. Export-linked sectors such as IT and pharmaceuticals, too, will continue to disappoint, amidst a tough international environment.

In pharmaceuticals, the US pricing and regulatory pressures will remain, albeit pricing concerns will reduce over the next few quarters aided by new product launches.

"Corporate numbers for the second quarter showed an improvement over the first that, in turn, was impacted by the rollout of GST. At 8% on-year, revenue growth is well over the ~6% in the previous two quarters. This is despite the impact of GST on top line of many consumer companies where tax deduction from gross revenues would be significantly higher on year basis," the research report adds.

As for profitability, commodity-linked sectors such as aluminium, which benefited from rising prices, partly offset the overall less than 100 basis points’ margin compression in the second quarter of this fiscal on-year basis. Higher commodity prices and structural headwinds in sectors such as telecom and pharmaceuticals – where demand remains weak -- would keep margin pressures alive for the year.

“EBIDTA margin fell for 8 of 21 sectors in the second quarter of this fiscal, and we expect this trend to continue. A contraction of 100-130 bps in aggregate EBIDTA margin in the third quarter would intensify pressures because there’s little latitude to control cost amid rising commodity prices. That will offset operating leverage benefits,” Hetal Gandhi, Director, CRISIL Research, adds.

The report, however, concludes that "Telecom services, pharma, sugar and housing sectors will see the sharpest fall in margins. Had it not been for these sectors, overall EBIDTA margins of key sectors would have actually declined only by 40 bps in the third quarter for fiscal 2018."