HDFC Securities has good news for I.T. Sector. It maintains a constructive view on the I.T. sector and the preferred stock picks from Tier-1 include HCL Tech and Infosys and mid tier companies include Mphasis and Persistent systems 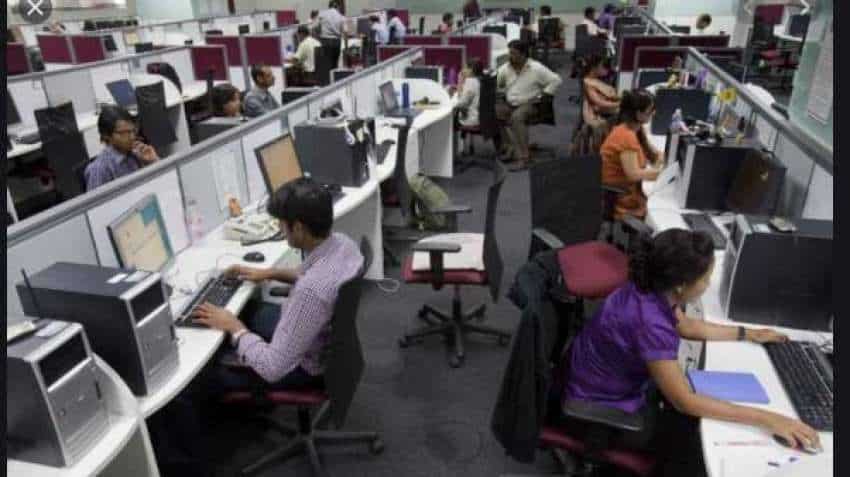 HCL Tech, Infosys, Mphasis and Persistent Systems are some of the best infotech sector companies operating in India and anything that they are linked to instantly acquires importance, especially for investors. From revenues to jobs creation these are among the top companies that everyone keeps an eye on. Well, HDFC Securities has some more good news. It maintains a constructive view on the I.T. sector and the preferred stock picks from Tier-1 include HCL Tech and Infosys and mid tier companies include Mphasis and Persistent systems. To get further clarity, just read on:

A sharp spike in demand trajectory (beyond resilience), significant operational improvement (at peak levels now), continuity in market share gains and industry tailwinds of accelerated DX (Digital Transformation) has led to outperformance, with 58/37% gains/re-rating impact in IT index over 6M/12M period. HDFC Securities ‘hit refresh’ in this note and evaluates the relative quarterly trends across segments and demand/competitor indicators. Risk-reward is more favourable for tier-1s now and less secular across mid-tiers. Some macro risks such as second-wave/lockdown have increased, but that’s likely to translate into a flattish demand curve instead of a double-dip

Despite the broad spectrum of outcome/outlook globally, key trends in the I.T. sector are as follows:

(1) Large deal pipelines are improving, despite strong bookings and slower decision cycles which are expected to pick up by year end.
(2) Cloud led strong deal bookings (Capgemini’s bookings around hyper scalers up 50%, IBM’s cloud signings up 25%, Cognizant’s digital bookings up 40% YTD).
(3) Acceleration in vendor consolidation (up to 20% reduction in vendor count) driving deals with a focus on cost optimisation.
(4) Shift to the cloud also resulting in delays in on-premise investments, but acceleration in large infrastructure modernisation deals (8 >USD 100 mn deals within 11 large deals for IBM) as enterprises upgrade their tech stack at the infrastructure as well as the application layer.
(5) Continuity of positive momentum in BFSI, driven by digital/regulatory/cost in sync with increased tech spend, accelerated z15, increase in implementation go lives, vendor consolidation and strength in retail banking, mortgage, capital market sub-segments.

The strong sequential revenue performance was led by a reversal in supply side factors, BFSI revenue growth outperforming by >300 bps YoY and strong growth in Retail & CPG (Consumer packaged goods) and Life-science & Healthcare verticals. At the same time, E&U (Energy and Utilities) and Communications verticals lagged. In Q2, tier-1 IT posted more robust sequential performance vs. mid-tier, as compared to a similar dent in Q1. Revenue / PAT beat in Q2FY21 was 2.5/7% and an increase in FY22 / 23E EPS averaged 5%.

Gross margin led vs. SG&A led in Q1: Margins have peaked in Q2 and are expected to moderate as wage hikes are rolled out and some cost savings around Travel & S&M reverse partially over 2-4 quarters, even as offshore-mix is expected to remain high.

HDFC Securities expects I.T. sector revenue growth (in USD terms) at +0.5/11.0/9.5% over FY21/22/23E, translating into 12% CAGR over FY20-23E (vs 8% CAGR over FY15-20). HDFC Securities believe that the risk-reward profile for tier-1 IT (vs. mid-tier) is more favourable now, following strong outperformance of mid-tier in 3M/6M, higher macro risk translating into a flight to quality incrementally, tier-1 valuations at a discount to mid-tier and an upside potential similar to mid-tier (15%).