The traditional Bengali attire dhoti-kurta of PM Modi has become a talking point on the internet. 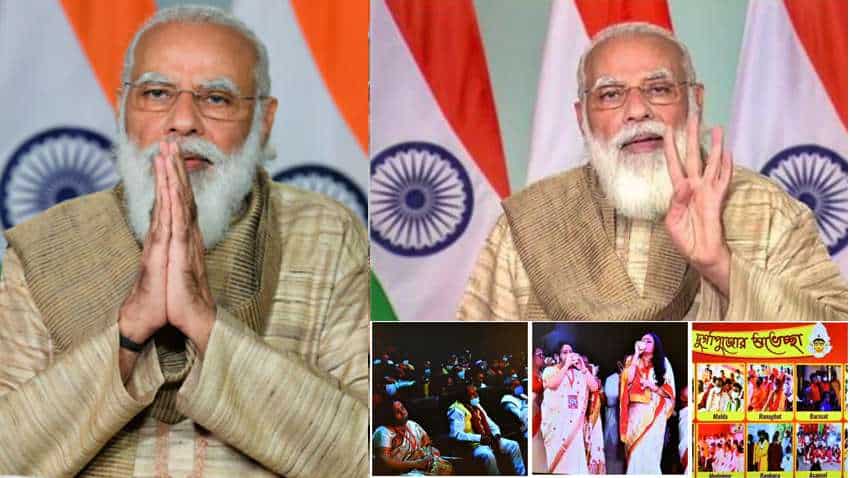 Revealing the story behind traditional Bengali attire of PM Modi, Babul Supriyo said, "PM Modi was keen on sporting traditional Bengali attire on the Durga puja inauguration. Hence, his measurements were shared by his office and I had shortlisted the outfit." Supriyo adds, "Also I was intrigued by PM’s choice of face mask, so that was also shortlisted by me." "On his opening address, he spoke in Bangla and I had helped him with the pronunciation," Babul Supriyo revealed.

“We are celebrating Durga Puja in times of COVID-19, all devotees have shown exemplary restrain. Everyone has shown immense control and commitment to the entire arrangements while also ensuring that the flavour remains the same. The number of people might be less but the granduer and devotion are the same. The happiness and joy are still boundless. This is the real Bengal," the PM said.

While taking part in commencement of Durga Puja celebrations in Kolkata via video link, PM Modi paid tribute to various eminent personalities West Bengal, who immensely contributed to the land of West Bengal as well as the entire nation.