The consumer price index based retail inflation for April was revised marginally upwards to 2.99 per cent from the earlier estimate of 2.92 per cent, data released by the CSO showed. 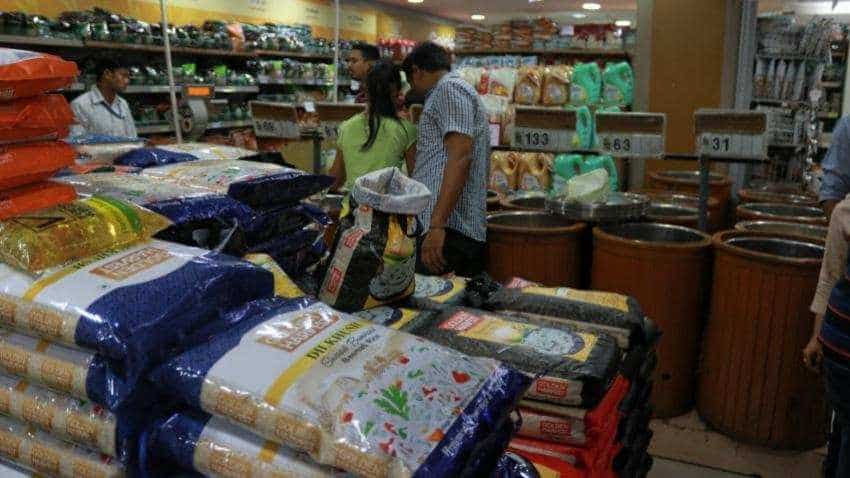 Retail inflation stood at 4.87 per cent in May 2018. Representational Image, source: IANS

Retail inflation spiked to a seven-month high of 3.05 per cent in May, though remaining within RBI's comfort level, as kitchen items like vegetables, meat and fish turned dearer, government data showed Wednesday. The consumer price index (CPI) based retail inflation for April was revised marginally upwards to 2.99 per cent from the earlier estimate of 2.92 per cent, as per the data released by the Central Statistics Office (CSO) of the Ministry of Statistics and Programme Implementation.

Vegetables prices witnessed a sharp rise during May this year at 5.46 per cent as against 2.87 per cent in April 2019.

However, prices of fruits continued to show a deflationary trend with an inflation rate of (-)5.17 per cent against (-)4.89 per cent in the preceding month.

For fuel and light category, inflation stood at 2.48 per cent as against 2.56 per cent in April.

Inflation for the overall food basket, based on consumer food price index, increased to 1.83 per cent in May as against 1.10 per cent a month earlier, the data showed.

Retail inflation is a crucial data point, keenly watched by the Reserve Bank while deciding its monetary policy.