Analysts expected consumer inflation to slow down due to sharp drop in food and oil prices. RBI has lowered down its inflation trajectory in the second bi-monthly monetary policy meet. 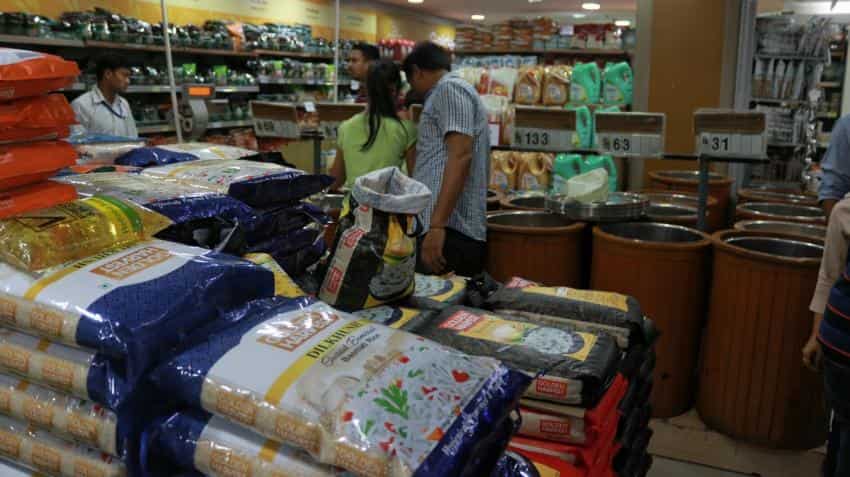 India's retail inflation, or consumer price index (CPI) rose 1.54%  in the month of June 2017 as compared to 5.77% in the similar month of the previous year.

Data compiled by Ministry of Statistics and Programme Implementation (MoSPI) show that consumer food price index (CFPI) stood at negative 2.12% in June 2017 as against 7.79% in June 2016.

The Central Statistics Office (CSO) along with the Ministry of Statistics and Programme Implementation has revised the Base Year of the Consumer Price Index (CPI) from 2010=100 to 2012=100 with effect from the release of indices for the month of January 2015.

Analysts expected consumer inflation to slow down due to sharp drop in food and oil prices.

Nirmal Bang, in its research report said June 2017 Consumer Price Index or CPI inflation is likely to come in at 1.3 %, down from 2.2% in the previous month.

ALSO READ: IIP and CPI data: What to expect?

In May, 2017, India's retail inflation reached new lows at 2.18% on year-on-year basis and also eased against 2.99% recorded in April 2017. That was the lowest recorded retail inflation since 2012 and remained below Reserve Bank of India's (RBI) medium term threshold of 4%.

On June 7, the Reserve Bank of India, while announcing the second bi-monthly monetary policy for the current fiscal, lowered its inflation projections.

RBI cut projected headline inflation in the range of 2-3.5% from earlier 4.5% for the first half of this fiscal and 3.5-4.5 per cent in the second half.

According to a report by State Bank of India, CPI is expected to be below 2% for the next two months before moving up. However, till November, it is predicted to be below 4%. For FY18, CPI inflation average could thus be 3.5% with a significant downward bias.