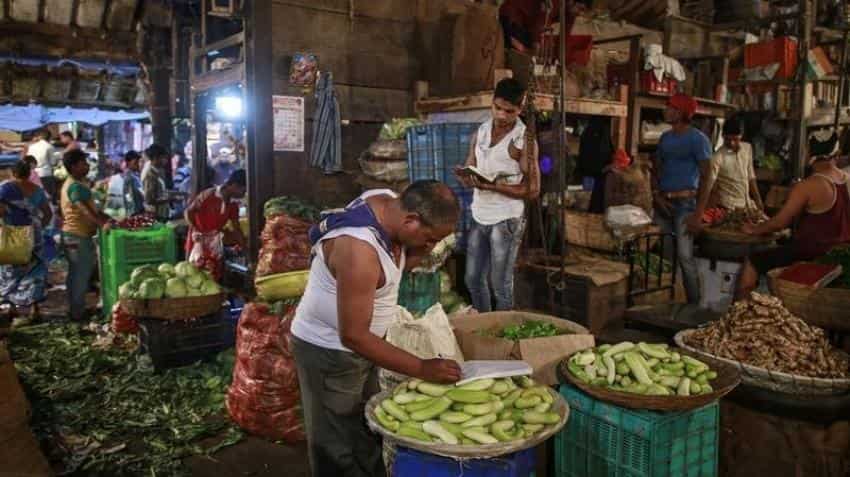 A vendor writes down an order at his stall at a wholesale fruit and vegetable market in Mumbai. Photo: Reuters
Written By: ZeeBiz WebTeam
RELATED NEWS

The data showed that on a month-on-month basis, retail and food inflation inched up by 1.17% and 2.39%, respectively.

Pulses and products from it saw the largest rise in inflation, at 26.86% on an year-on-year basis. This was followed by increase in sugar and confectionery prices which rose by 16.79% and vegetable inflation which was 14.74% in June 2016 as against the same month of last year.

Retail inflation is important as the Reserve Bank of India (RBI) uses this to frame its monetary policy.

A higher retail inflation means RBI will be wary of interest rate cuts which will in turn lead to less money with banks to loan to industry.