Retail inflation for industrial workers up at 3.97% in Nov 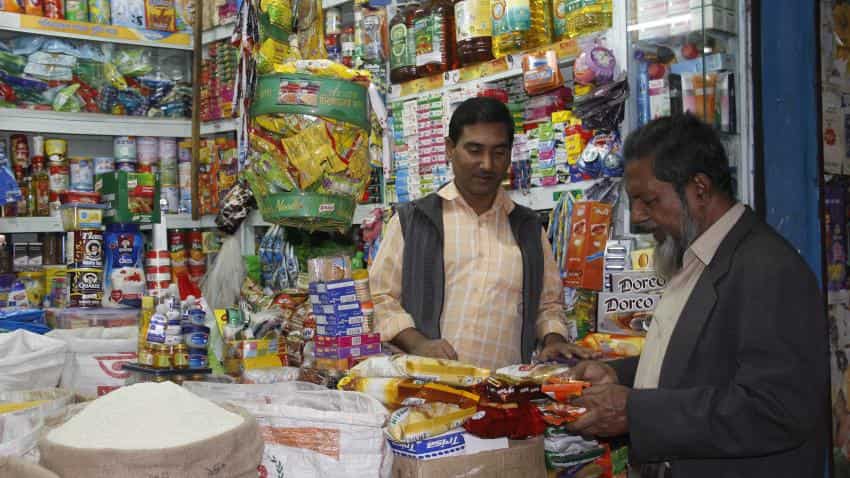 Retail inflation for industrial workers rose to 3.97 per cent in November, 2017 mainly due to surge in prices of food items, kerosene and cooking gas.
"The year-on-year inflation measured by monthly CPI-IW (Consumer Price Index-Industrial Workers) stood at 3.97 per cent for November, 2017 as compared to 3.24 per cent for the previous month (October, 2017) and 2.59 per cent during the corresponding month (November 2016) of the previous year," the labour ministry said in a statement.
According to the statement, the food inflation stood at 3.91 per cent in November against 2.26 per cent of the previous month (October, 2017) and 1.66 per cent during the corresponding month (November 2016) of the previous year.
The All-India CPI-IW for November increased by 1 point and pegged at 288. On one-month percentage change, it increased by 0.35 per cent between October and November, when compared with the decrease of 0.36 per cent in the corresponding months of last year.
The maximum upward pressure to the change in current index came from food group contributing 1.10 percentage points to the total change.
At item level, Wheat Atta, Eggs (Hen), Goat Meat, Milk (Cow), Onion, Tamarind, Bitter Gourd, Cabbage, Carrot, Coconut, Potato, Tomato, Cooking Gas, Electricity Charges, Firewood, Kerosene Oil, Private Tuition Fee, Petrol, Barber Charges, etc, are responsible for the increase in index.
However, this increase was checked by Arhar Dal, Gram Dal, Masur Dal, Urd Dal, Groundnut Oil, Fish Fresh, Poultry (Chicken), Chillies Green, Garlic, Ginger, Brinjal, Cauliflower, French Bean, Green Coriander Leaves, Methi, Palak, Radish, Apple, Banana, etc, putting downward pressure on the index.
At centre level, Giridih reported the maximum increase of (7 points) followed by Salem and Puducherry (6 points each) and Rourkela, Sholapur, Mercara and Ghaziabad (5 points each). Among others, 4 points increase was observed in 5 centres, 3 points in 16 centres, 2 points in 13 centres and 1 point in 12 centres.
On the contrary, Kolkata recorded a maximum decrease of 3 points followed by Munger-Jamalpur, Amritsar, Chandigarh and Doom Dooma Tinsukia (2 points each). Among others, 1 point decrease was observed in 7 centres. Rest of the 13 centres indices remained stationary.
The indices of 34 centres are above all-India index and 42 centres indices are below national average. The indices of Vishakhapathnam and Ghaziabad centres remained at par with all-India index, it added.