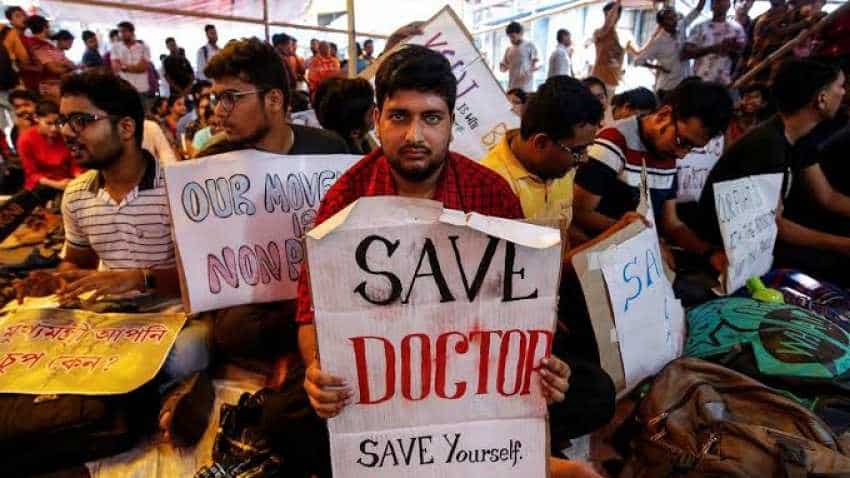 With the government doctors` strike in Tamil Nadu entering the seventh day, Chief Minister K. Palaniswami on Thursday warned the doctors of serious consequences if they didn`t resume duty.

Speaking to the media in Salem, Palaniswami said the government would declare the striking doctors` posts as vacant and fill them up with other candidates.

The government had held talks with members of the recognised doctor`s union and those on strike belonged to an unrecognised union, he added.

Health Minister C. Vijaya Baskar said the doctors must end their protest by Thursday evening. If they failed to resume duties, their posts would be declared vacant, he added.

Stating that only 3,000 doctors are on strike, Baskar said 50 striking doctors had been transferred. "Punishing doctor`s is not government`s aim. Transfer orders have been issued for only 50 doctors," he said.

Opposing the government move, DMK chief M.K. Stalin tweeted the threat of considering the strike period as break in service, transfer of doctors were draconian measures.

The Health Minister was adopting a divide and rule policy instead of considering the doctor`s demands, Stalin added.

The members of the Federation of Government Doctors Association (FOGDA) are on strike to press for resolution of their demands.

Besides pay parity with their counterparts in the central government, the doctors are also demanding implementation of the time-bound promotion process, and end of the policy to reduce number of doctors in hospitals.