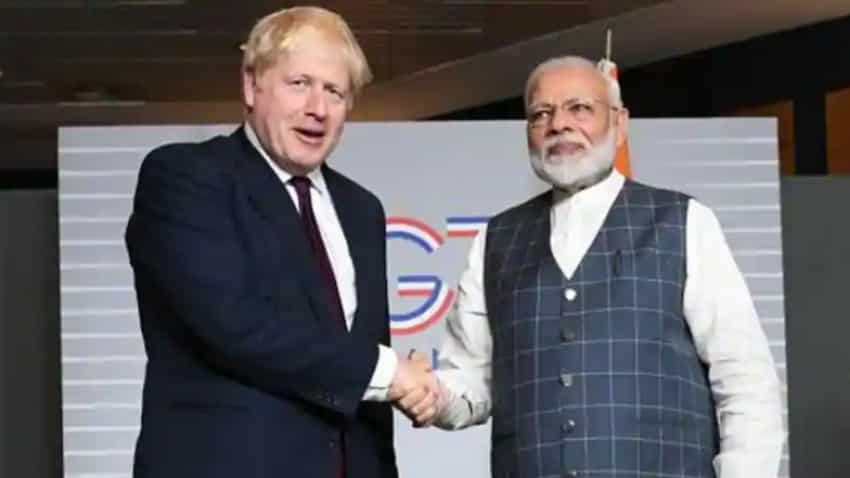 The development comes after Prime Minister Narendra Modi had extended an invitation to his British counterpart during a telephone conversation on November 27. Source: Reuters

United Kingdom (UK) Prime Minister Boris Johnson will be the chief guest at the Republic Day celebrations on January 26, 2021, said UK Foreign Secretary Dominic Raab. The development comes after Prime Minister Narendra Modi had extended an invitation to his British counterpart during a telephone conversation on November 27.

"I am absolutely delighted to be visiting India next year at the start of an exciting year for Global Britain, and look forward to delivering the quantum leap in our bilateral relationship that Prime Minister Narendra Modi and I have pledged to achieve," Johnson said in a statement, reported Reuters.

"As a key player in the Indo-Pacific region, India is an increasingly indispensable partner for the United Kingdom as we work to boost jobs and growth, confront shared threats to our security and protect our planet," he added.

External Affairs Minister S Jaishankar and the United Kingdom Foreign Secretary Dominic Raab on Tuesday held delegation-level talks. Raab, who arrived on Monday, is on a four-day visit. He was welcomed by Jaishankar this morning.

The visit, as of now, will be the first in-person visit of any head of government to India. The last world leader to visit India was the President of Myanmar Win Myint and US President Donald Trump in February.

Queen Elizabeth II: When she visited India as Chief Guest on Republic Day