Republic Day 2021: The full-dress rehearsal parade for 72nd Republic Day on January 26 will take place on Saturday at 9:50 am from Vijay Chowk to National Stadium. 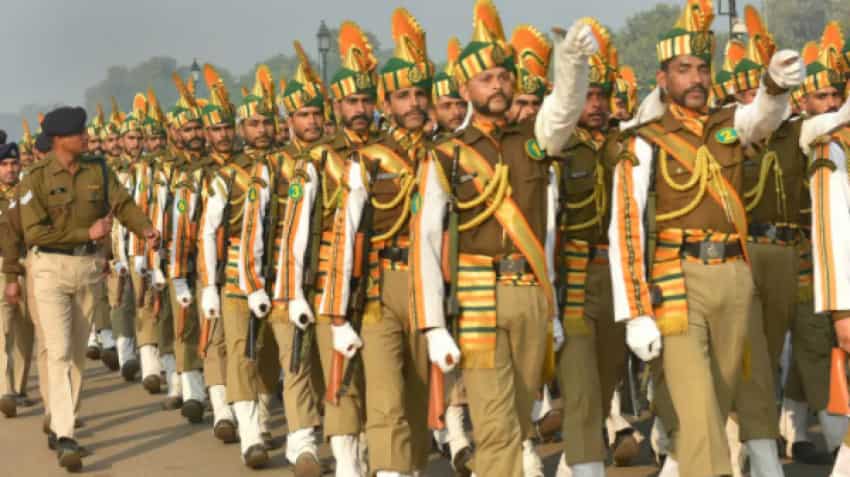 Earlier, keeping the Republic Day preparations in mind, the Delhi Traffic Police has issued an advisory regarding restrictions that will be put in place to facilitate the smooth conduct of rehearsals of Republic Day Parade 2021.

The parade rehearsal will start at 9.50 am on Saturday from Vijay Chowk and will proceed to the National Stadium, they said.

Traffic movement on certain roads leading to the parade's route will be restricted, and no traffic will be allowed on Vijay Chowk from 6 pm on January 22 till the rehearsal is over on January 23, Joint Commissioner of Police (Traffic) Manish Kumar Agarwal said.

Metro Rail services will remain available for commuters at all stations during the full dress rehearsal ceremony. However, boarding and de-boarding will not be allowed at Kendriya Sachivalaya and Udyog Bhawan from 5 am till noon on Saturday, it said.

Giving details of the Republic Day parade's route, police said it will be from Vijay Chowk along Rajpath and pass-through Amar Jawan Jyoti-India Gate-Princess Palace- Tilak Marg Radial Road, turn right on the 'C'-Hexagon and then turn left and enter the National Stadium from Gate No-1.

No cross traffic will be allowed on Rajpath intersections from 11 pm on January 22 at Rafi Marg, Janpath and Man Singh Road till the parade is over, the officer said.

"The 'C'-Hexagon-India Gate will be closed for traffic from 9.15 am on Saturday till the entire parade and tableaux enter the National Stadium. Road users are requested to plan their journey in advance accordingly and avoid the route of the parade, from 9 am to 12:30 pm for their own convenience," Agarwal said.

Though there will be no restriction for people from north Delhi going towards the New Delhi Railway Station or the Old Delhi Railway Station yet it is advised that they plan their journey in advance and take sufficient extra time to reach their destination to avoid possible delay, according to the advisory.