A memorandum of understanding (MoU) was signed between the NOIDA Authority and IT firms Candor Techspace and Junckit Systems LLP for deployment of Adaptive Traffic Signal System. 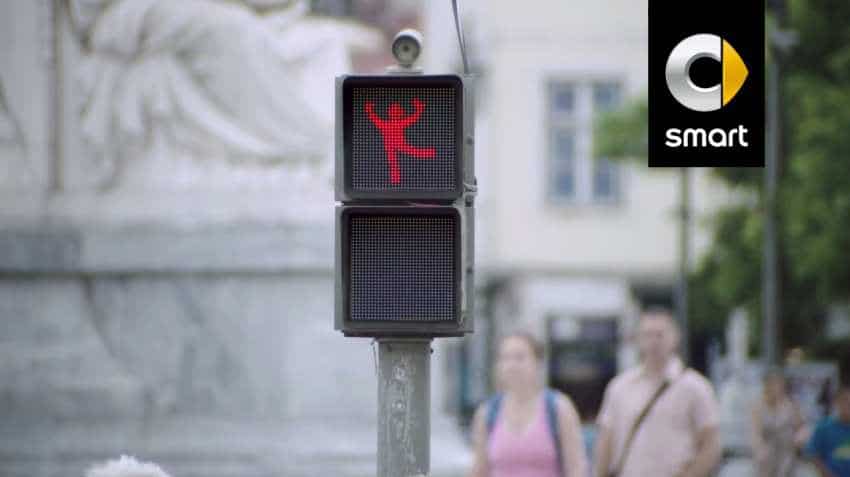 The 'Adaptive Traffic Signal System' will swap lights on the basis of real-time data at any intersection, the officials said. Representational Image, source: Youtube

To save people's time and decongest roads in Noida, authorities in the city will install a system which will swap traffic lights on the basis of real-time data at any intersection, officials said Wednesday. Pinning hopes on machine learning to resolve city's road traffic woes, the Noida Authority Wednesday partnered with two private firms for using the "cutting edge" technology which will also help cut down pollution remarkably, they said.

The 'Adaptive Traffic Signal System' will swap lights on the basis of real-time data at any intersection, the officials said.

A memorandum of understanding (MoU) was signed between the NOIDA Authority and IT firms Candor Techspace and Junckit Systems LLP for deployment of Adaptive Traffic Signal System.

A pilot project for this system would be launched on three corridors in the heart of the city -- T-Series square, Rajnigandha chowk and the Telephone Exchange intersection, using traffic modelling and suggesting junction improvements, Tandon said.

"While Candor Techspace will be funding the project under the Corporate Social Responsibility, Junckit Systems will be the solution provider, with the Noida Authority taking the ultimate ownership and operational rights of the system," Tandon said.

"The project is expected to hit completion by the middle of 2019 following a staged implementation," he said.
However, the officials said that the work on the pilot project would begin in a week and it would be operational in about 40-45 days, while a detailed analysis on change in traffic, pollution, carbon emission could be available in about next six months.

Dixit, Director of the Research Center for Integrated Transportation Innovation at UNSW Sydney, said, "The advantage of this system is that it does not rely on fixed sensors that are prone to reliability issues or assumption of fixed traffic patterns."

"The use of crowd sourced probe data has created the possibility to use data generated 'from the people for the people' to manage and improve emissions, safety and congestion," he said.

The system was first trialed and deployed in Maharashtra's Thane city, he said, adding that it used machine learning that was honed with reliable scientific models but driven by real-time traffic data to demonstrate significant improvements in traffic.

"The research demonstrated that the evening peak was removed on certain sections of the networks. Overall, around 30 per cent reduction in congestion and similar improvements in vehicular emissions," he said.

"These trends have significantly reduced the costs associated with transportation and mobility tools," he said.
Junckit systems' Sharma said the technology will enable a cleaner, less congested, safer and affordable transport system. It provides planners and engineers the tools to deliver an affordable, cleaner, safer and efficient smart city, he said.

"Overall the convergence of connectivity, data and models is now making it affordable to build and operate a smart and sustainable transport system," Sharma said.

Monkeypox in Noida: Suspected case reported - What you should know