Dhoni was earlier issued a non-bailable arrest warrant by Anantapur Court for being shown as Lord Vishnu on the cover of Business Today magazine in April 2013. 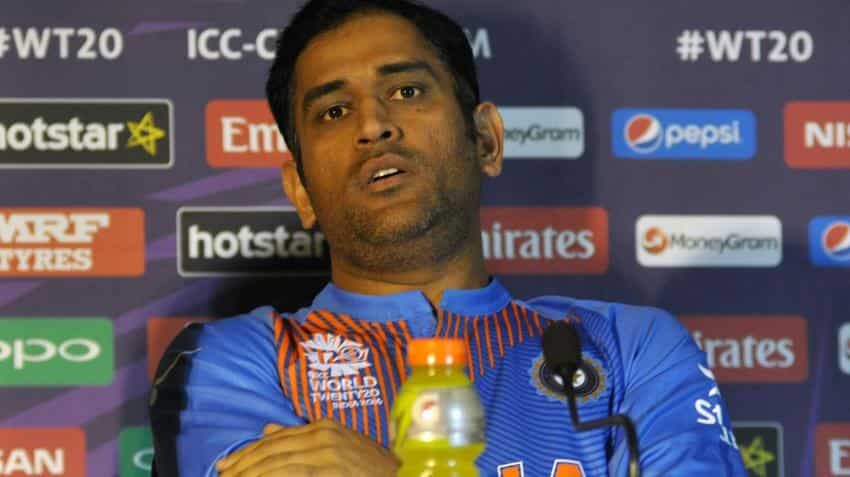 MS Dhoni breathes a sigh of relief as the Supreme Court quashes criminal proceedings against him. Photo: IANS

The Supreme Court put an end to criminal proceedings against India’s ODI Cricket team captain Mahendra Singh Dhoni for the his face on Lord Vishnu for the cover page of a magazine.

The apex court quashed the criminal proceedings against Dhoni for allegedly portraying himself as Lord Vishnu on a magazine cover page, according to an ANI alert.

In January 2016, Dhoni was issued a non-bailable arrest warrant by Anantapur Court for being shown as Lord Vishnu on the cover of Business Today magazine in April 2013, according to a dna India report.

The complaint had been filed by social activist Jayakumar Hiremath who had alleged that Dhoni was seen on the cover as Lord Vishnu, holding several things, including a shoe in his hands.

Taking cognisance of the complaint filed by Hiremath, the Additional Chief Metropolitan Magistrate (ACMM) had registered a case against Dhoni under section 295 (injuring or defiling place of worship with intent to insult the religion of any class) along with 34 of the IPC.

Dhoni had moved to the Supreme Court against Karnataka High Court order which had refused to quash criminal proceedings against him.

In September 2014, the Supreme Court had provided relief to Indian ODI captain Mahendra Singh Dhoni in the Lord Vishnu case. It has stayed criminal proceedings against Dhoni who has been accused of hurting religious sentiments.