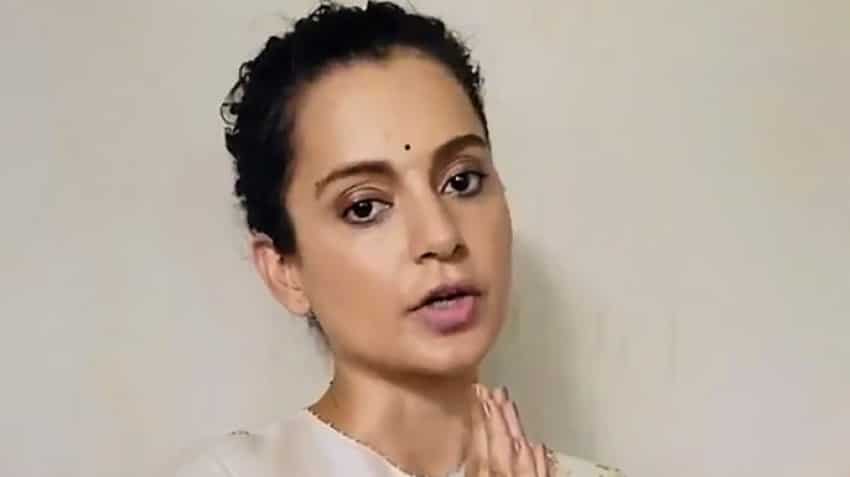 "The BMC order actuated by legal malice. There is material in pleadings that smacks of malafide and was done to cause substantial losses. We would be perfectly justified to order compensation against respondents," the court observed. Source:
Reported By: ZeeBiz WebTeam
Written By: ZeeBiz WebTeam
Edited By: Harish Dugh
RELATED NEWS

Reacting to the quashing of BMC order by Bombay HC, Kangana Ranaut tweeted, “When individual stands against the government and wins, it’s not the victory of the individual but it’s the victory of the democracy. Thank you everyone who gave me courage and thanks to those who laughed at my broken dreams. Its only cause you play a villain so I can be a HERO."

The division bench of Justice SJ Kathawalla and Justice RI Chagla concluded that Kangana could make the bungalow habitable. For the demolished portion, the actress has to take planning permission from the BMC. She can also seek regularization for the non-demolished parts.

"The BMC order actuated by legal malice. There is material in pleadings that smacks of malafide and was done to cause substantial losses. We would be perfectly justified to order compensation against respondents," the court observed.

The actress' counsel senior advocate Birendra Saraf had previously argued that the petitioner is at loggerheads with the Maharashtra Government and received life threats. Saraf also pointed out Sanjay Raut’s comment that Kangana needed to be taught a lesson. "On the same day when Raut made remarks, an officer (a mukadam) from the BMC visited and entered the property without prior notice. The timing of the visit assumes relevance. As per the mukadam's report, he just saw the gate (of the demolished property) open and just walked in. Thereafter, on September 7, officials from MCGM visited the property around noon. They took some measurements and made handwritten notes. They also roughed up the security guards and others working at the bungalow and even threatened them," he argued.

The bench declared, "We do not accept allegations made by the petitioner (Ranaut) in view of the alleged atmosphere in the state or film industry. The petitioner is suggested to maintain restraint on public platforms. Irresponsible statements made by the citizen are best ignored."

"We make it clear that this court does not countenance unauthorised construction… we do not approve any statements made by the petitioner," it said.

The court added, "Whatever be her statements, no action can lie except within four corners of law. Manner in which action was carried out leaves hardly any doubt that it was against the law and was ‘sinister’. BMC has done it with disregard to the rights of the citizen."