Once a darling of the mobile market, homegrown brand Micromax is back to reclaim its lost glory. The company, which had slipped into oblivion in the last couple of years, has now firmed up aggressive plans to make itself stand out in the mobile handset market dominated by Chinese players, which together hold about 70% of the industry. 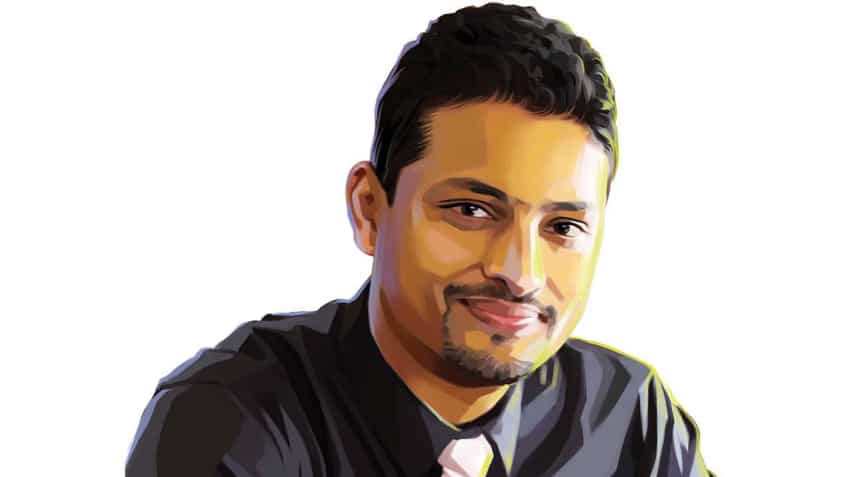 As the ecosystem is changing, we are aligning with it. There is nothing which is going to be fundamentally or radically different at Micromax: Vikas Jain
Written By: Mansi Taneja
RELATED NEWS

Once a darling of the mobile market, homegrown brand Micromax is back to reclaim its lost glory. The company, which had slipped into oblivion in the last couple of years, has now firmed up aggressive plans to make itself stand out in the mobile handset market dominated by Chinese players, which together hold about 70% of the industry. Micromax co-founder Vikas Jain, in an interview with Mansi Taneja, says the company had taken a conscious decision to take a step back and realign the brand in line with changing technology and preferences of the consumers.

You launched a new product after a year. What went behind the scenes during this period? What prompted you to come back now amid intense competition?
In India, competition is always going to be relevant and it will accentuate going forward. Competition is a hard fact for all the brands operating in the ecosystem, Micromax is one of them. So we are completely aligned to that. What happened in the last 12-24 months is that we have leapfrogged in terms of a telecom economy. The advent of Reliance Jio has been great for the consumer, maybe not-so-good for the industry. The preferences of consumers have changed dramatically and many who were not connected earlier are now connected with the internet. Earlier, there used to be defined, three set of smartphones - entry-level, mid- and high-end. With 4G, the whole scenario has changed and there is more segmentation. The consumers are currently using 7 GB data a month, which was unheard of. When we were on the 3G network, even on my smartphone the consumption did not go over 2 GB a month. So, the whole matrix has changed. Obviously, that meant Micromax, being a mass consumer brand, had to change. We had to restructure our entire portfolio. It was no longer relevant to turn out multiple devices across different price points. The brand had to evolve. We are not technology champions. The ethos of the brand is how it evolves with the lifestyle of consumers. So the consumer defines what should be my roadmap. With the changing preferences, we had to tweak our roadmap.

Don’t you think you missed a crucial period where you could have raised your market share and expanded rapidly?
Being a consumer brand it is very relevant to have the confidence of the consumers; no point in trying to sell something to the consumers which they will find irrelevant after six months. That is the not the lifecycle of a smartphone in India. We are still talking about at least 14 months of an average lifetime.

How do you think your brand has evolved?
As the ecosystem is changing, we are aligning with it. There is nothing which is going to be fundamentally or radically different at Micromax. But since the expectations of consumers are changing, we are just realigning ourselves to that. Probably two years back, Micromax would have released 40 phones in a year. I don’t foresee that happening now. I don’t think we will be releasing more than 15 to 20 models a year, maximum. And that would also depend on how fast the technology evolves. So much evolution has already been done on the hardware side - display and other features such as a long battery life, sensor technology. It has come to a level where how a phone A will be different from a phone B. It will be all about the entire experience. For instance, if a consumer has medical needs, the consumer would love if one can bring apps allowing virtual/live chat with the doctor.

What will be your roadmap for the next one to two years?
We are segmenting our users depending on what their requirements are. The availability of new products will be mainly through the online medium for YU brand. For Micromax, offline or the physical retail segment is still the strongest. The word premium has lost its meaning. A few years back, Rs 10,000 would have qualified for a premium. Today, Rs 10,000 smartphone is like a semi-mass, if not a mass product. About five to seven new devices will be launched in the next 12 months.

So will this be a comeback for Micromax?
I will not call it a comeback. It is not that we have been absent from the market. We have been doing more research on the consumer profile.

Don’t you think you have lost the race? You were one of the top brands. Now you are not even in the top five.
We are completely cognisant of this fact. It was a conscious call. Did we have a plan? Yes. Are we enthused with the plan that we are executing? Yes. Numbers are statistics and third-party reports will verify we been able to deliver what we expected. Shortly, industry statistics which will come would reveal a different story.

When can we expect Micromax to be back in the top five?
It is very difficult for me to comprehend that and put a timeline. But if all goes well, it should happen very, very soon. In fact, as soon as the current year itself. This top-five/top-three is also dependent and relevant in terms of what my peers in the industry would be doing.

How do you see the competition from Chinese companies?
It is very obvious when India is the second largest telecom market, we would attract all the brands from across the world. If a new brand has to come in and take a market share, it is but natural that they will try and buy the market share. But that is not the perennial or persisting strategy for any of the brands. Over a period of time, once the brand evolves into a certain minimum market share, the sanity of the business will come back.  Micromax has never burnt money for market share.

But given the current scenario, is there a scope for that? The more you invest, the more market share you get.
This is all a very short-term strategy. For example, when the China brands came up into India, not many people would have known them. For them to grow their scale, there was a natural progression but that approach would have taken time. The other way is where you put in tonnes of money into the market, get into massive ad campaigns. In their own wisdom, they wanted to go in for a shorter approach, and hence, there was a splurge. Once the brands got recognition, quite a few of them are curtailing their budget, if not all. But you still see new brands launching. It is a very big economy, a very big consumer base.

So for you, will it be slow and steady wins the race?
I would not like to pace it up. We are going to be organic. We could fast or slow that depending on the consumers.

Are all your phones being manufactured here fully or you still import a big percentage?
It is all 100% manufactured in India. We have three factories - in Bhiwadi (Rajasthan), Rudrapur (Uttarakhand) and Telangana. In Bhiwadi, the SMT (surface-mount technology) line is already operational, while in Rudrapur we are doing trials. For Telangana, the machinery is under import. Altogether, we will have a capacity of about 3 million a month for mobile phones.

You have forayed into new segments like TV. Moving ahead, where do we see Micromax - a mobile firm or an electronics one?
We are a consumer brand. We expect about 60 to 70% of our revenues to come from mobile segment, while the balance will come from consumer electronics. You should see us more often in near future, in terms of launches.