Reliance Industries share price gained as much as 2.6 per cent to Rs 1022.60 on the BSE. Credit Suisse sees Rs 1180 per share target price on the stock, an upside of 15.39 per cent from today's intraday high level. 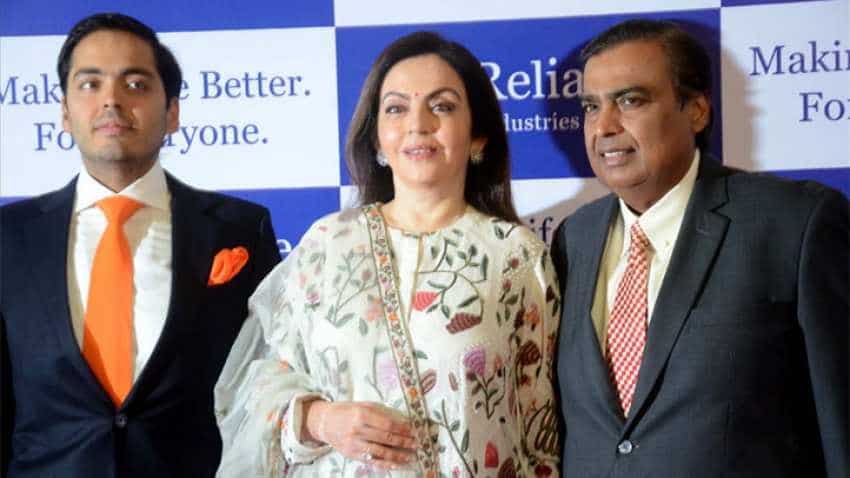 Reliance Industries share price rallied on Tuesday after global brokerage Credit Suisse initiated coverage on the stock. The stock gained as much as 2.6 per cent to Rs 1022.60 on the BSE. Credit Suisse sees Rs 1180 per share target price on the stock, an upside of 15.39 per cent from today's intraday high level. "There is significant potential in consumer businesses, while Reliance Jio has potential to create significant value too. Jio is much more than a telecom business. Lastly, petcoke gasification should help growth in refining margin of Reliance Industries," said Credit Suisse .

Macquarie, meanwhile, brought out a report on Indian refiners and upgraded Reliance Industries to Outperform from Underperform. The global brokerage hiked target price on Rliance Industries stock to Rs 1,240 from Rs 830 earlier. As per Macquarie's target price of Rs 1,240, the stock can still rally 21.25 per cent from the current levels.

However, Jefferies continued with its underperform rating on RIL. "Refining headwinds may offset another smart petchem performance in Q1, retail may boost consolidated earnings enough to leave it 1 per cent higher quarter-on-quarter at Rs 9570 crore," said Jefferies.

"We keep our underperform rating, noting that refining/petchem margins have weakened. We maintain underperform with a target price of Rs 790," it added.

In its quarterly preview report, Kotak Securities said that it expects Reliance Industries' standalone net income to remain stable, as gains from a weaker rupee and modestly higher petchem volumes/margins will likely be offset by lower refining margins.

"We expect modest increase in consolidated profits driven by higher contribution from Jio," it said.

Reliance Industries is yet to inform exchanges the date for its June quarter results.