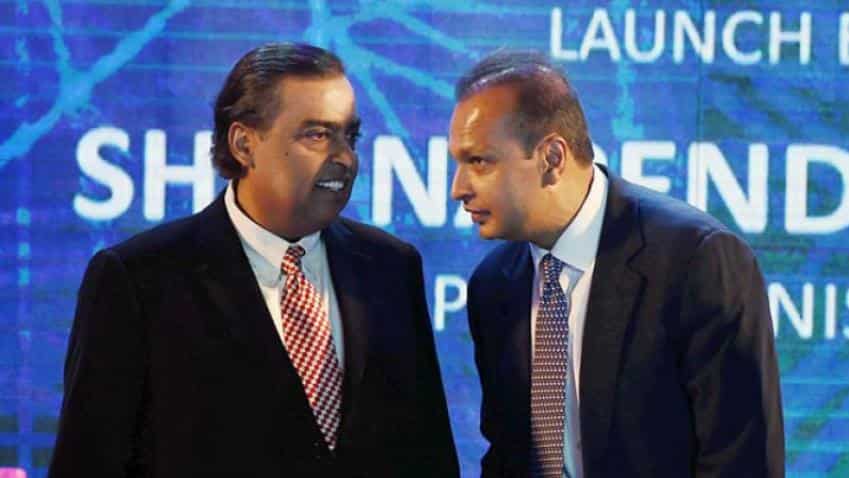 Reliance Communications share price gained as much as 19.14 per cent to Rs 20.85. Image source: PTI

Reliance Communications share price jumped over 19 per cent on Thursday after the debt-laden telecom operator agreed to pay Rs 550 crore to Ericsson to settle a payments dispute. With this, the National Company Law Appellate Tribunal (NCLAT) stayed bankruptcy proceedings against Reliance Communications.

The appellate tribunal's order clears the way for Anil Ambani-led Reliance Communications to sell its telecom towers, spectrum and fibre assets to Reliance Jio. RJio is owned by Mukesh Ambani, Anil Ambani's elder brother and the richest man in India.

Reliance Jio will be buying Reliance Communications assets for about Rs 18,000 crore to clear some of the Rs 45,733 crore debt RCom owes to banks.

A two-member bench headed by NCLAT Chairman Justice S J Mukhopadhaya directed RCom and its subsidiaries -- Reliance Infratel and Reliance Telecom -- to pay Rs 550 crore to Ericsson India in 120 days, failing which it will direct insolvency proceedings against the company.

The countdown would start from June 1.

On May 15, the Mumbai bench of NCLT had admitted Ericsson's petition for beginning of insolvency proceedings against RCom.

Ericsson India had moved NCLT recovering its about Rs 1,100 crore dues by auctioning RCom. RCom lenders too had opposed the NCLT order as they see in Jio best option to recover their dues.

Earlier in the week, RCom reached a settlement with HSBC Daisy Investments, a minority shareholder in Reliance Infratel.

Ericsson, which had signed a seven-year deal in 2014 to operate and manage RCom's nationwide telecom network, had alleged that it had not been paid its dues.