Realty, telecom stocks only gainers of Dalal Street - Make a smart buying in these stocks! 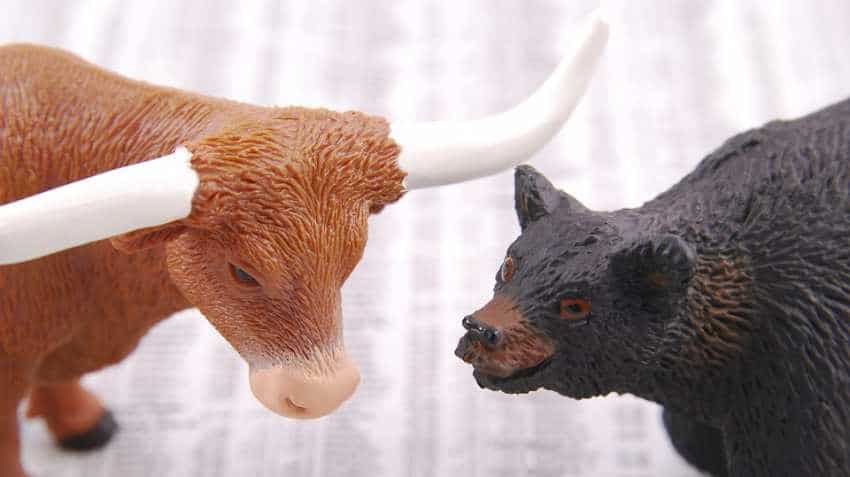 The benchmark indices on Dalal Street kick started this week with a bloodbath, with Sensex and Nifty 50 giving away over 400 or 100 points. Photo: Pixabay

The benchmark indices on Dalal Street kick started this week with a bloodbath, with Sensex and Nifty 50 giving away over 400 or 100 points. Sectors like FMCG, energy, IT, auto, banking and consumer durables saw massive profit booking. Interestingly, it was only telecom and realty stocks which emerged as gainers on exchanges. After surging over 1% each, the S&P BSE Realty was trading at 1,754.56 up by 14.34 points or 0.82%; whereas the S&P BSE Telecom surged by 0.90% or 8.70 points trading at 972.70-mark just few minutes before market ending.

Under telecom, the index was swayed by top gainers like Reliance Communication, Bharti Infratel, Idea, Vindhya Telelinks, Sterlite Technologies, TATA Communication, ITI Ltd and GTPL whose shares rose in the range of 0.12% to over 10%%.

However, the losers list involved Tejas Network, On Mobile, GTL Infra, TTML, HFCL, MTNL, Bharti Airtel and Ashok Optifiber plunging by 0.27% to over 12%.

For outlook ahead, CLSA says, “Further Bharti Airtel and Vodafone Idea are ramping up on minimum Arpu plans at the lower end, which will also help to improve Arpu and quality of subscribers.”

“We maintain that Bharti Airtel is best placed to play the sector's mobile data boom given its lead over Vodafone Idea in 4G network and lower gearing. Our fair value of Rs410/share implies ~33% upside from current levels,” CLSA added.

Hence, considering Airtel is already trading in negative, one can use this opportunity for adding this stock in its portfolio.

Coming back to realty, the sector surged because of heavy buying witnessed Prestige Estate, Oberoi Realty, Indiabulls Real Estate, SOBHA and SunTeck which jumped by 0.40% to 6%. On the other hand, stocks like Phoenix, Godrej Properties and DLF plunged between 1% to 3%.

On Prestige, HDFC Securities said, “With PEPL not looking at any private deal for its annuity portfolio (after the GIC deal fell through in 2QFY19), it might look to either tap the capital markets or look for a 25% stake sale. Capex intensity is expected to remain high (Rs 1.5-1.8bn/quarter). Monetisation of completed inventory of ~Rs 28bn remains key. We maintain BUY with Rs 292/sh TP.”

On SunTeck, Karvy Stock Broking said, “ Given the company’s strong balance sheet, we believe the company will be a key beneficiary of current environment wherein organised players are expected to gain market share. Improved sales and launch of subsequent phases at ODC will be key triggers for the company over next 12 months. We retain “BUY” rating on the stock with a revised target price of Rs. 488/share (1x NAV).”

These two were among top realty picks of experts.

Thereby, do not panic, make smart buying in the above mentioned stocks when markets are trembling down.