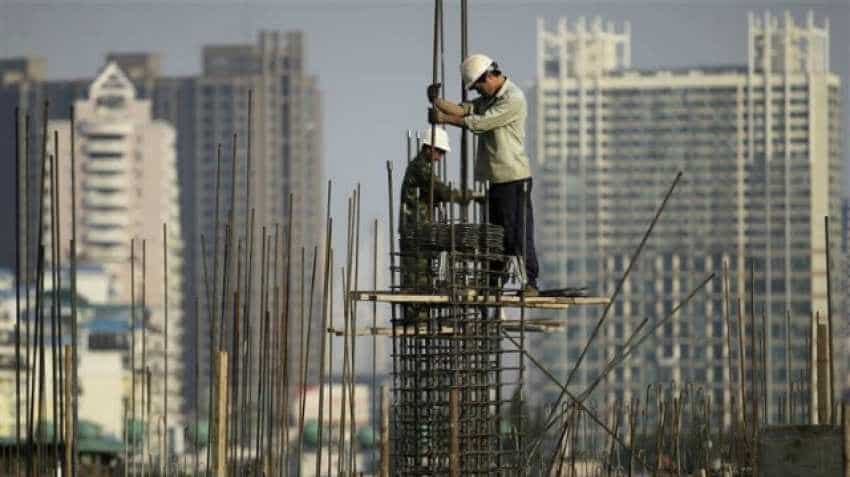 Buying a house? Check these 5 points before booking your dream home

The RBI's decision to cut the key interest rate will boost housing sales and lift market sentiment, property developers and consultants said Thursday, even as they urged banks to pass on the benefits to developers as well as buyers. In a bid to boost the sluggish economy before elections, the RBI Thursday cut the interest rate by 25 basis points for the second time in as many months, a move that may translate into lower EMIs for home and other loans. "The RBI move is expected to lift industry sentiments, as also provide relief to various stakeholders like corporates as also in real estate and homebuyers. We expect that banks (will) further pass down the benefit of the rate cut to the home buyers which shall further trigger the home buying into actual sales," NAREDCO President Niranjan Hiranandani said.

Realtors' apex body CREDAI President Satish Magar said the RBI's rate cut is a hugely positive sign for the real estate sector. "The rate cut is expected to substantially enhance home buyer sentiments and add further impetus to the industry's revival, which needed a boost especially post the NBFC crisis. The EMI burden on homebuyers will also reduce and improve the purchasing power which is expected to provide a huge stimulus to Indian realty," he added.

CREDAI Chairman Jaxay Shah said the 25 basis points cut in repo rate is on anticipated lines. "On the other hand, lowering of growth forecast is a matter of concern and a wake-up call to step up capital formation." Anarock Chairman Anuj Puri said, "The RBI has done its part by slashing the repo rate. The onus is now on the banks to concurrently reduce home loan rates further, thereby encouraging more fence-sitters to take purchase decisions and giving another boost to the real estate sector."

CBRE India's Chairman and CEO Anshuman Magazine said the move would impact consumer sentiment positively, especially in the real estate sector. "Banks may pass on the benefits of the revised rates to end customers, thereby positively impacting their purchase decisions," he added.

JLL India Country Head Ramesh Nair said: "Today's rate cut of 25 bps is a continued series of stimulus that is propelling real estate sector on a new growth trajectory in 2019. The Union Budget incentives for affordable housing and the recent reduction in Goods and Services Tax rates along with reduction in repo rates will boost demand for housing."

Shishir Baijal, CMD, Knight Frank India, hoped that the reduction in rate is passed on by the banks to the home buyers. "Lower interest rates, along with the recent reduction in GST rates for under-construction properties, should provide the fillip to end user demand."

Khushru Jijina, MD, Piramal Capital and Housing Finance, said this decision would certainly help ease liquidity and improve access to cheaper credit by India Inc as well as retail consumers.  ATS Chairman Getamber Anand termed it as a good move but added that banks should pass on the benefits.

Lodha Group CFO Jayant Mehrotra said: "It would be good if transmission by banks happens quickly as lower interest rates can provide a further boost to end-user demand. We could see a significant pick up in momentum during the festivals of Gudi Padwa and Akshaya Tritiya."

Gaurs Group MD Manoj Gaur said the move will boost housing demand while Sushma Group's ED Prateek Mittal and Wealth Clinic CMD Amit Raheja said this would help revive the sector. Saya Group CMD Vikas Bhasin said, "It will help to ease the pressure off the market by attracting more number of buyers to invest in the real estate sector."

Amit Modi, Director- ABA Corp, said, "This is a good and much awaited development, since easing interest rate will help revive the investment cycle, especially in sectors like real estate which are highly sensitive to interest rate movements."

Spenta Corporation MD Farshid Cooper said, "It is imperative for banks to reduce the lending rates and ensure that the home loan borrowers reap the benefits of this move." Sarojini Ahuja - VP, Sales and Marketing, Transcon Triumph, said the declining interest rates along with new reduced GST rates will encourage the buyers to buy their dream home.

"It will generate a positive consumer sentiment as home loan EMIs are expected to become cheaper. We hope that the banks pass on the repo rate benefit to consumers and to the developers to help revive the real estate sector," said Rahul Shah, CEO, Sumer Group.

Buying a house? Check these 5 points before booking your dream home