The Railway Women's Welfare Central Organisation (RWWCO) started an initiative 'Dastak' at its Sarojani  Nagar branch from January 1, which is dedicated to the production of low-cost, eco-friendly and hygienic sanitary pads. 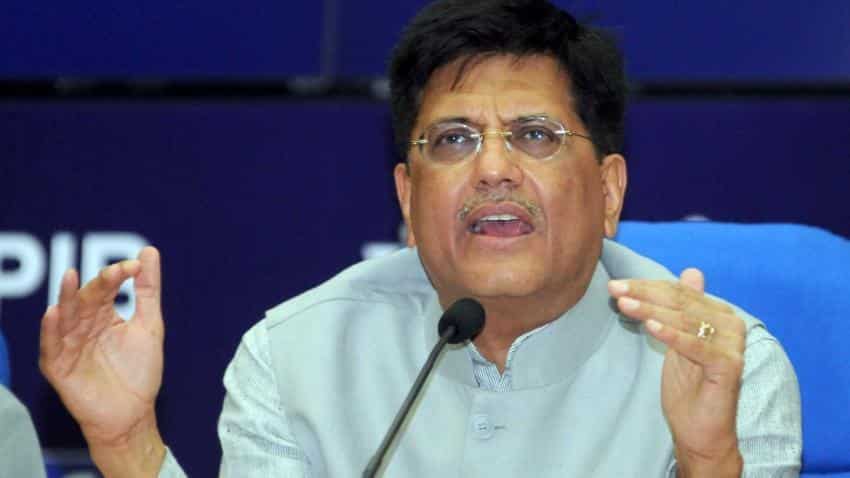 Railway Minister Piyush Goyal today said he was exploring the possibility of facilitating manufacturing units for cheap and bio-degradable sanitary pads at 8,000 railway stations of the country. Speaking on the 'Relevance of Economic Philosophy of Pandit Deendayal Upadhyaya in Today's World as part of the RSS ideologue's birth centenary celebrations, he noted that he wanted to run a campaign to ensure that every woman in India had access to sanitary pads.

The minister said he was already in talks with Women and Child Development Minister Maneka Gandhi regarding the matter.

"The railways will help as much as possible, be it providing manufacturing facility on railway stations...Such pads can be manufactured on 8,000 locations. Self-help groups can manufacture them...Women themselves can make them in hygienic conditions. Railway stations have terraces where they can work.

Machines used for the purpose are also not that expensive," he said.

Goyal said the primary healthcare centres with Jan Aushadhi stores being planned on the station premises could also include sanitary pad vending machines.

The minister, who recently gave his nod to install sanitary napkin dispensers and incinerators at about 200 major railway stations across the country, said parliamentarians should think about the issue and even explore the possibility of using their MPLAD funds for this purpose.

"We should run a campaign across the country to ensure all women get the benefit of such pads. We have to get economies of scale. We should produce these on a large scale and instead of the expensive pads produced by big companies, women can get it for Rs 1-Rs1.5. I have started speaking with Manekaji (Maneka Gandhi) on the issue," he said.

Goyal said the aim should be to provide women a benefit for Rs 100 annually, so that most can afford it.

"Even if there are three women in the house, the expense is 80 paisa per day for this. Most households will be able to afford it," he said.

The Railway Women's Welfare Central Organisation (RWWCO) started an initiative 'Dastak' at its Sarojani Nagar branch here from January 1, which is dedicated to the production of low-cost, eco-friendly and hygienic sanitary pads.

Speaking on the RSS ideologue Deen Dayal Upadhyaya, Goyal dedicated BJP's recent victories in Tripura, Meghalaya and Nagaland to him and said that the party was following in his footsteps to achieve its goals.

"After forming the government, Union ministers have been to the Northeast every 15 days. It was systemic. We had an honest system in place to ensure that the benefits of central schemes reached the people," he said.