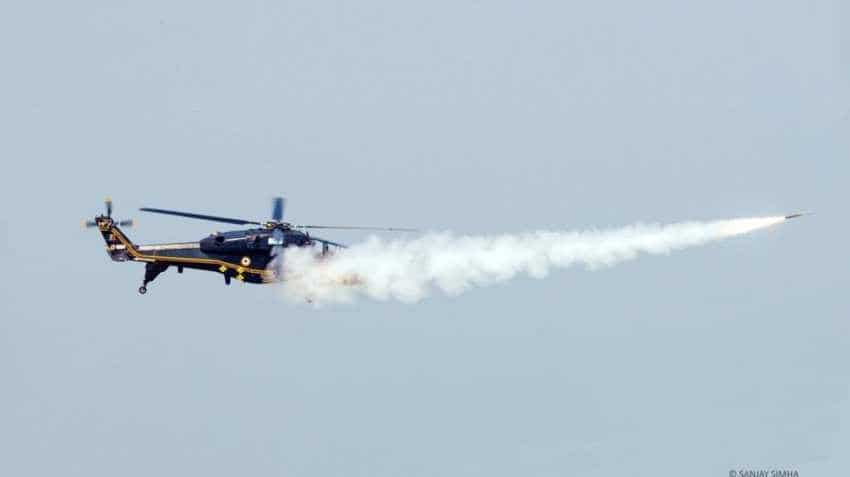 "During the tests, a direct hit on the aerial target was achieved, destroying it completely," the statement noted. ANI

The Light Combat Helicopter (LCH) developed by state-run Hindustan Aeronautics Ltd (HAL) has completed weapon trials and is ready for operational induction, the defence behemoth said on Thursday."The LCH achieved a milestone by carrying out air-to-air missile firing on a moving aerial target," the city-based defence major said in a statement.

"During the tests, a direct hit on the aerial target was achieved, destroying it completely," the statement noted.

The attempt was claimed as the first time in the country a helicopter carried out air-to-air missile engagement by the defence behemoth's chairman and managing director R. Madhavan.

"With this, LCH has completed all weapon integration tests and is ready for operational induction," he said in the statement.

LCH also has 20mm turret gun and 70mm rockets as its other weapons, for which the firing trials were held in 2018.

"LCH is the only attack helicopter in the world capable of operating at altitudes as high as Siachen Glacier (in the Karakoram mountain range of the Himalayas)," the company said.

The copter is equipped with helmet mounted sight and a forward looking infrared sighting system, allowing its pilots to detect and destroy any target on ground or in the air.

"Using these sights, pilots can launch a missile onto any target without having to turn the helicopter," it said.

The 'fire and forget missile' is effective against all kinds of aerial threat, including unmanned aerial vehicles (UAVs) and microlight aircraft, the defence and aerospace major added.

"Capable of operating from dispersed locations and flying at ultra-low levels, LCH can provide a protective umbrella from all aerial threats," it said.

The Defence Acquisition Council has approved the procurement of first batch of 15 LCHs -- 10 for IAF and five for Indian Army, HAL added.