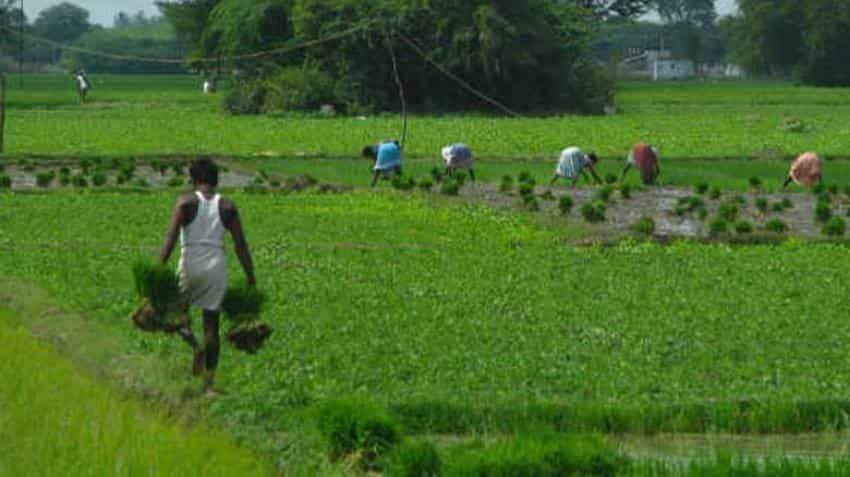 At least 10 copyright and 12 trademark applications were filed by ICAR for products and processes this year. Image source: PTI
Written By: ZeeBiz WebTeam

Agricultural research and development (R&D) is the main source of innovation which is needed to sustain productivity growth in the long-term, says Economic Survey.

"During the current year (2017-18), investment in Agriculture Research and Education protected new Agricultural innovation by filling 45% applications at the Indian patent Office (IPO) and the cumulative patent applications have now risen to 1,025."

At least 10 copyright and 12 trademark applications were filed by ICAR for products and processes.

"After the Protection of Plant Varieties and Farmers’ Right Authority notified new genera, applications for 135 varieties were filed at the Registry and 155 high-yielding varieties/hybrids of cereals were released for cultivation in different agro-ecologies of the country during 2016," the Economic Survey added.

Cereals:- 117 high yielding varieties/hybrids of cereals comprising 65of rice, 14 of wheat, 24 of maize, 5 of finger millet, 3 of pearl millet, 1 each of sorghum, barley, foxtail millet, kodo millet, little millet and proso millet were released for cultivation in different agro-ecologies of the country during 2017.

Oilseeds:- 28 high yielding oilseeds varieties comprising 8 of rapeseed-mustard, 5of soybean, 4each of groundnut and linseed, 3 of sunflower, 2 each of castor and niger were released for different agro-ecological regions.

Pulses:- 32 high-yielding varieties of pulses comprising 10 of chickpea, 6 of lentil, 4 of cowpea, 3 of mungbean, 2 each of pigeonpea, horse gram and field pea, 1 each of urdbean, rajmash and faba bean were released for different agro-ecological region.

Commercial Crops:- 24 high-yielding varieties for commercial crops including 13 of cotton, 8 of sugarcane and 3 of jute were released for different agro-ecological regions.