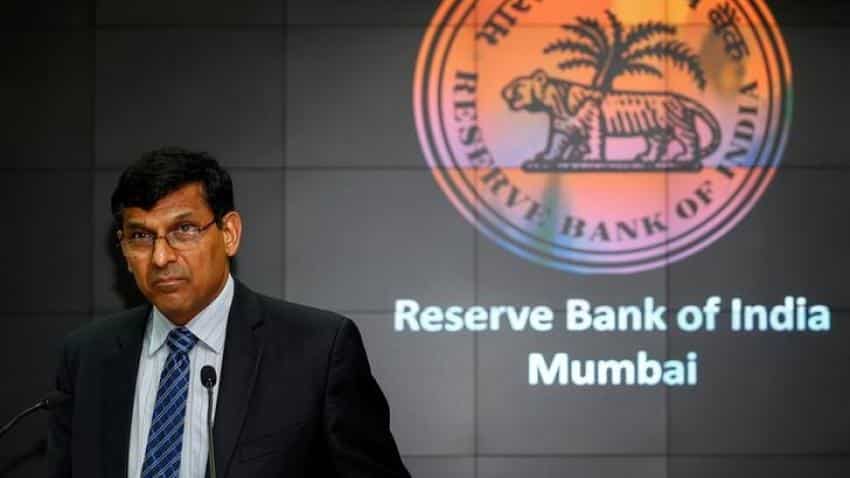 Rajan should get one more term,says Rahul Bajaj

RBI Governor Raghuram Rajan has maintained the status quo in his last monetary policy meet on Tuesday by not cutting the key interest rates.

He kept the key policy repo rate under the liquidity adjustment facility (LAF) unchanged  at 6.5%.

Similarly, the cash reserve ratio (CRR) of scheduled banks has been kept unchanged at 4.0% of net demand and time liabilities (NDTL).

"As you will note from the policy statement, we have kept rates on hold, maintaining an accommodative stance while we await developments.We are within the inflation band given to us by the Government and expect to be around 5% CPI inflation by March 2017..., " RBI Governor Rajan said in a statement.

Rajan's decision to hold interest rates in his last monetary policy meet is in line with views expressed by experts in the past few days.

"The latest inflation number is near the upper band of RBI’s comfort level of 6%. As a result, we do not believe the RBI has room to cut interest rates this time ," ICICI Securities' analyst Anagha Deodhar said in research note on Monday.

The consumer price index-based (CPI) inflation for June this year came in at 5.8% year-on-year as compared to 5.77% in the same month last year.

"We are expecting that there will be no change in rate because vegetable prices are on the rise... It will take a few months for the vegetable prices to come down when the Kharif crops come into the market," PTI had reported quoting SBI Chairperson Arundhati Bhattacharya as saying.

“As expected RBI kept the policy rates unchanged in the third bi-monthly policy review of 2016-17. On the positive side, RBI noted that (i) Kharif sowing has gathered pace, after a lacklustre start particularly with respect to pulses, (ii) some signs of improvement in business confidence and (iii) liquidity conditions have eased and yields on government bond have dropped,"  India Ratings and Research principal economist Sunil Kumar Sinha said in statement on Tuesday.

"The implementation of the 7th central pay commission (CPC) award is expected to have a direct impact on the house rent component of CPI. Thus, Ind-Ra believes, risks to the inflation outlook seem to be tilted to the upside and a status quo on policy rates has been the correct stance," Sinha added.

When Rajan came on Reserve Bank of India's (RBI) board on September 4, 2013, India's inflation was at its peak high at 9.84% and his interest rate decisions in last three years have helped to bring India's inflation down to 5.77% in June 2016.

Rajan raised the key rates by 25 basis points to 7.50% in his first mid-quarter policy meet on September 20, 2013, and increased it further by another 25 basis points in the following policy meet to 7.75% and then kept the policy rates unchanged for sometime before resuming to further rate cuts.

"This is my last policy statement, but there are still 28 days in my term which I intend to use fully," Rajan said in a statement.

Rajan's tenure will end on September 4 this year after which he will return to his teaching profession at the University of Chicago in the United States.

The government is likely to announce the successor to Rajan sometime this month.

Rajan should get one more term,says Rahul Bajaj