The expectation of a repo rate cut by Reserve Bank of India's (RBI) in its August bi-monthly monetary policy was enough for Indian rupee to strengthen and reach a two-year high. 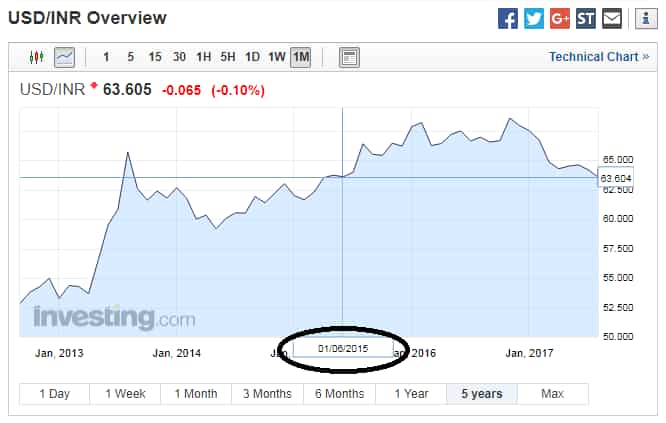 George Alexander Muthoot, MD - Muthoot Finance Limited on the policy said, "The 25 bps cut by the RBI is in alignment with the industry expectations and current economic conditions. With acceptable inflation levels, the focus is clearly towards driving the growth."

This resulted in rupee to reach two-year high on Wednesday -- at Rs 63.65. Dollar index recorded one-year low of 92.86 on the same day.

INR has been appreciating since the start of the year 2017 against US dollar.

Riding on the back of heavy inflows from foreign portfolio investors (FPI) and foreign direct investors (FDI), INR has now appreciated more than 7% against the dollar. 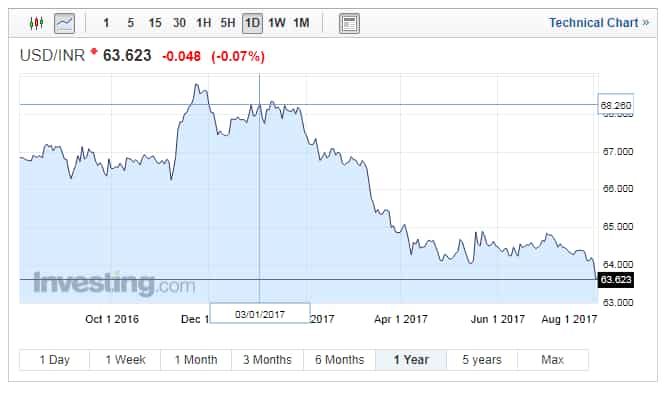 As per InvesTrekk, India no longer resembles the "Fragile Five" country of 2013, when the RBI was forced to raise rates by 75 basis points to arrest foreign investment outflows.

Long positions in the rupee are the highest among major Asian currencies and almost double those of the second-placed Malaysian ringgit, as per Reuters poll.

InvesTrekk said, “The rupee is rallying and the country's bonds are in demand, offering some of the best inflation-adjusted returns in Asia. Inflation, long a thorn in the economy, is at its lowest in five years, economic growth is picking up and the current account deficit is a fraction of its old self."

Samir Tripathi, analyst at ICICI Securities said, “Dollar will have appreciation bias as more rate hikes by US Fed takes place in the current year. However, there is limited scope for runaway rally in Dollar trajectory.”

He added, “This will exert depreciation pressure on EM currency basket including Indian Rupee though the latter is expected to depreciate to a lesser extent on account of better fundamentals.”