Urjit Patel governor of RBI along with Monetary Policy Committee (MPC) have kept the policy rate unchanged in last three meet followed by a neutral stance in the month of February 2017. This may continue in June bi-monthly monetary policy despite low CPI. 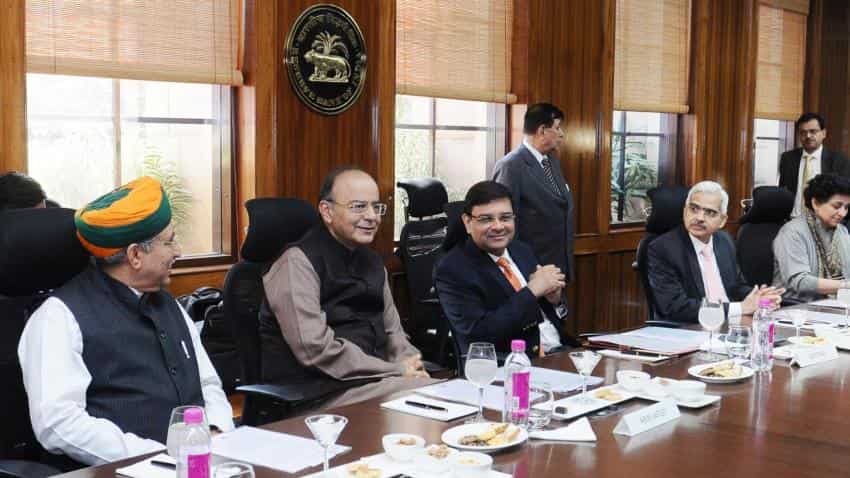 The Reserve Bank of India (RBI) may just keep repo rate unchanged in its second bi-monthly monetary policy for the financial year 2017-18 (FY18) which is due in eight days.

Since the last three monetary policy meets, Urjit Patel, governor of RBI along with Monetary Policy Committee (MPC) has kept the policy rate unchanged followed by a neutral stance in the month of February 2017.

The central bank have reasoned the key risk involving around the inflation target among the primary reason for status quo.

Nikhil Gupta and Mahima Chaudary, analysts at Motilal Oswal said, “We expect CPI inflation to average 3.7% for the full-year FY18, lower than 4.5% in FY17 and also the RBI’s expectation of 4.75%. In our view, this presents a very strong case for at least one rate cut in 2017.”

Naresh Takkar, Managing Director and Group CEO, ICRA, said, “The CPI inflation has remained below 4%, i.e. the medium term target, for six consecutive months. Moreover, several of the inflation risks highlighted by the MPC in April 2017 have subsequently abated, with the improved outlook for the monsoon, rate structure of the goods and services tax (GST) and easing of commodity prices.

He added, "At the same time, there is a visible improvement in volume growth in a number of sectors post-remonetisation, although a broad-based revival in private sector investment remains elusive.”

RBI, while keeping Consumer Price Index (CPI) inflation target at 5% by end of FY18, explained key risk factors. They are - rising probability of an El Niño event around July-August,  house rent allowance as recommended by the 7th CPC, implementation of Goods and Service Tax (GST) and stable commodity prices.

ICRA in its report highlighted few points which will keep RBI on another status quo.

Starting with the above-normal monsoon for June – September 2017 period.  Although this forecast has dulled concerns related to food inflation, yet dip in reservoir levels and extent of revisions in minimum support prices (MSPs) remain modest inflation risks.

Trajectory for food inflation is relatively assumed to be benign in H1 FY18, but yet a reversal in base effects may result in sharp rise between 4 – 5% in the indicator by H2FY18.

On implementation of GST, ICRA expects the impact on CPI inflation to be modest.

Going ahead, imminent revision in house rent allowance based on the 7th Pay Commission’s recommendations is expected to uplift housing inflation in the ongoing fiscal.

RBI expects the 7th Pay Commission to push up the baseline trajectory in CPI by an estimated 100-150 basis points over a period of 12-18 months.

Thakkar added, "The MPC may choose to observe the actual progress of the monsoon and the adjustment during the transition to the GST, prior to reducing the policy rate or reversing the stance back to accommodative from neutral. Therefore, we expect the MPC to opt for a pause in the June 2017 policy review."

Nevertheless, ICRA also suggested that given the easing of some inflation risks, the MPC may revise its CPI inflation outlook for FY18 in the upcoming policy meeting.