World No. 1! RBI Twitter handle is the most popular of them all - globally

The Reserve Bank of India's (RBI) Twitter handle achieved 1 million followers on Sunday, turning it the first central bank in the world to achieve the feat. 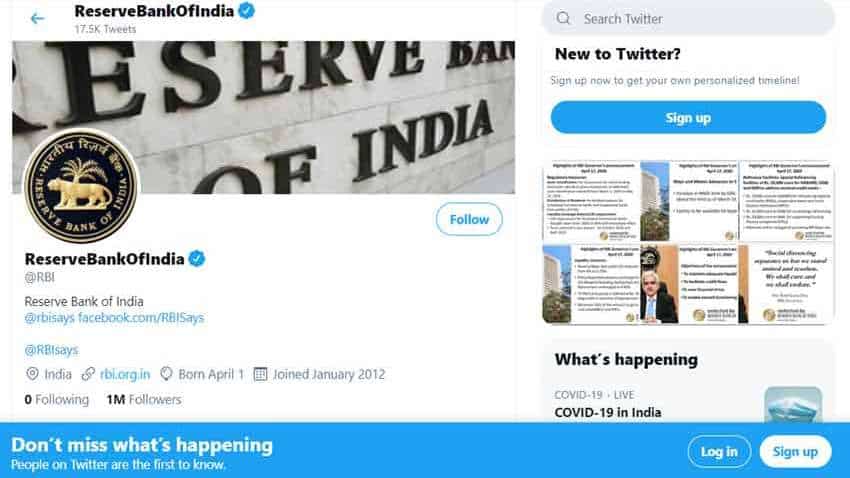 The Reserve Bank of India`s (RBI) Twitter handle achieved 1 million followers on Sunday, turning it the first central bank in the world to achieve the feat. Taking to Twitter, RBI Governor, Shaktikanta Das wrote: "RBI Twitter account reaches one million followers today. A new milestone. Congratulations to all my colleagues in RBI."

It is followed by the Banco de Mexico (Bank of Mexico) as a distant second with 774,000 followers.

The Federal Reserve joined Twitter in March 2009, while the ECB has been active on the social media platform since October 2009.

India`s central bank, on the other hand joined the micro-blogging site in 2012.