Performance debit card transaction at point of sales (POS) terminal has seen major boost after the announcement of demonetisation drive. 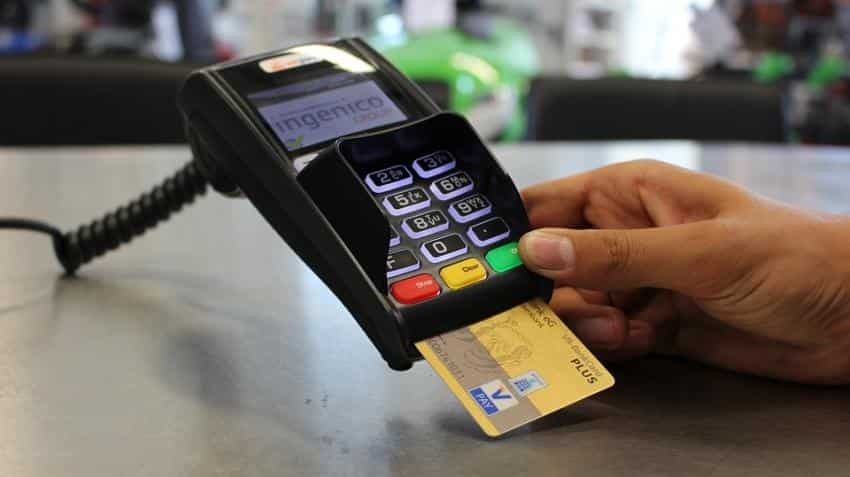 Maintaining a status quo in its fifth bi-monthly monetary policy of FY18, the RBI on Wednesday rationalised the framework of Merchant Discount Rate (MDR) into three category for  debit cards transaction.

These categories involved merchants on the basis of turnover, adoption of a differentiated MDR for QR-code based transactions and specifying a ceiling on the maximum permissible MDR for both ‘card present’ and ‘card not present’ transactions.

RBI in the monetary policy said, "In recent times, debit card transactions at ‘Point of Sales’ have shown significant growth. With a view to giving further fillip to acceptance of debit card payments for purchase of goods and services across a wider network of merchants, it has been decided to rationalise the framework for Merchant Discount Rate (MDR) applicable on debit card transactions based on the category of merchants."

It further explained, "The revised MDR aims at achieving the twin objectives of increased usage of debit cards and ensuring sustainability of the business for the entities involved." It added that a differentiated MDR for asset-light acceptance infrastructure and a cap on absolute amount of MDR per transaction will also be prescribed.

Now as per the new guidelines of RBI, small merchants having turnover upto Rs 20 lakh, will charge card transactions at POS not exceeding 0.40% (MDR cap of Rs 200 per transaction).

In case of QR-code based card acceptance, these small merchants will charge a customer with MDR not exceeding 0.30% which is cap of Rs 200 per transaction.

RBI guided saying, "It is reiterated that the banks and authorised card payment networks shall strictly adhere to the above directions. Further, banks shall ensure that the MDR levied on the merchant shall not exceed the cap rates as prescribed above, irrespective of the entity which is deploying the card acceptance infrastructure at the merchant location."

Banks are also advised by RBI, to ensure that merchants on-boarded by them do not pass on MDR charges to customers while accepting payments through debit cards.

The above mentioned instruction will come into effect from Janaury 01, 2018.

Dr. Soumya Kanti Ghosh, Group Chief Economic Adviser, SBI said, "We hope that the rationalization of MDR charges will reignite debit card transactions at PoS and this increase in volume and
the resultant benefits from the shift to digital transaction will outstrip any possible loss on the part of the banks."

Performance debit card transaction at point of sales (POS) terminal has seen major boost after the announcement of the demonetisation drive.

Start of fiscal year FY18 has so far been modest for POS transactions. As on September 2017, usage at POS stood at 265.3 million transactions totalling up to Rs 36,629 crore.

Earlier in the month of February, the RBI had circulated a draft of MDR seeking public comments and views over it. As per the draft, based mainly on consultations with various stakeholders, it was decided to restructure MDR on the basis of merchant turnover rather than the present slab-rate based on transaction value.

There were also cases like differential MDR for government transactions and for certain special categories in view of the non-discretionary nature of those expenses.

According to RBI, the merchants were categorised as under: