Urjit Patel took charge as the 24th governor of the Reserve Bank of India (RBI) on September 5, after serving as the deputy governor since January 2013. 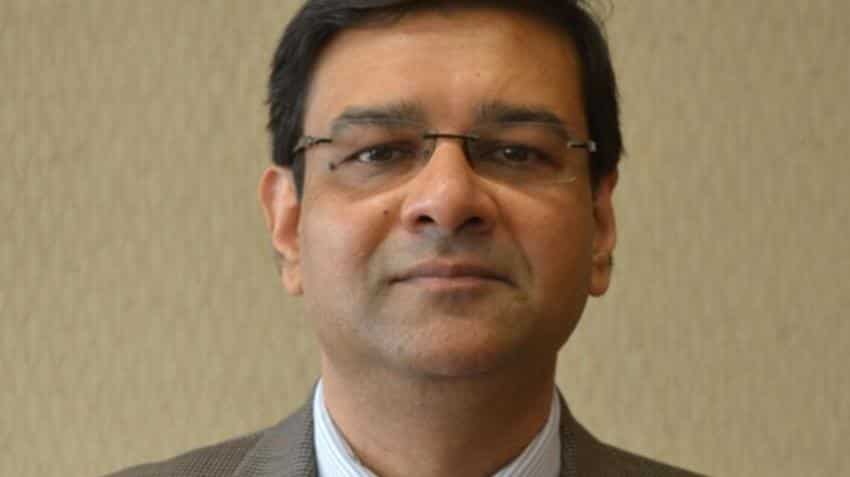 The Reserve Bank of India (RBI) announced on Thursday that it will shortly issue Rs 20 denomination banknotes bearing the signature of the new governor Urjit Patel.

The new notes in the Mahatma Gandhi Series-2005, with the inset letter ‘R’ in both the number panels, and the year of printing '2016' printed on the reverse of the banknote will have the new governor’s signature, it said in a statement.

Urjit Patel took charge as the 24th governor of the Reserve Bank of India (RBI) on September 5, after serving as the deputy governor since January 2013. He replaced former Governor Raghuram Rajan after his three-year term ended.

“The design and security features of these bank notes to be issued now is similar to the Rs 20 bank notes in Mahatma Gandhi Series- 2005 issued earlier, except the following ascending font, intaglio printing, colour, latent image and reverse side,” said RBI in the statement.

Here are the changes listed by RBI in the new notes.

The numerals in both the number panels will be in ascending size from left to right while the first three alpha-numeric characters (prefix) will remain constant in size.

The numeral “20”, RBI seal, Mahatma Gandhi’s portrait, RBI legend, Guarantee and promise clause, Governor’s signature, Ashoka Pillar emblem which were hitherto printed in intaglio (raised printing) are now being printed in offset (without any raised printing). Further, rectangular identification mark on the left of the banknote has been removed.

The vertical band on the right side of the Mahatma Gandhi’s portrait hitherto contained a latent image showing the denominational numeral “20”.The latent image was visible only when the banknote was held horizontally at eye level. This feature is no longer present.

There is no change in the reverse of the banknote.

The image of the specimen of the banknote is as follows: 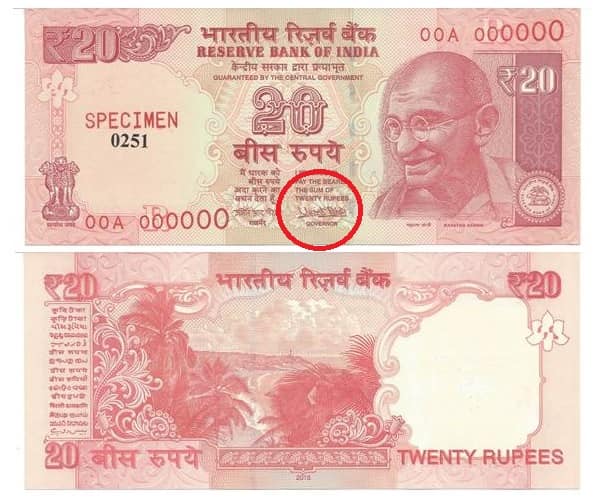