RBI to direct banks to start bankruptcy proceedings against 12 defaulters

The committee narrowed the list to 12 by focusing on accounts owing more than 50 billion rupees ($777.2 million), where 60 percent or more of the loan had been already classified as non-performing by banks as of March 31, 2016. 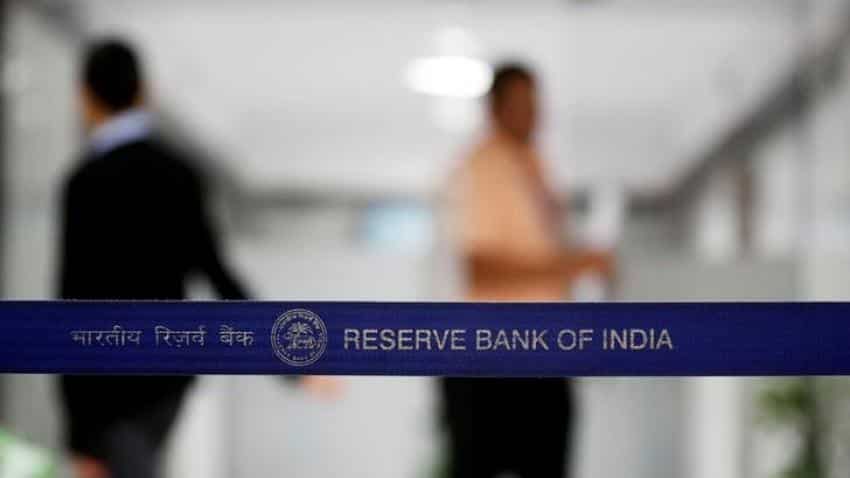 People walk past a barricade inside the Reserve Bank of India (RBI) headquarters in Mumbai. Pic: Reuters
Written By: Reuters
RELATED NEWS

The Reserve Bank of India (RBI) said on Tuesday it has identified 12 of the largest loan defaulters and will order lenders to start bankruptcy proceedings against them to start unclogging the $150 billion in bad debt plaguing Asia`s third-largest economy.

The move comes about a month after the government gave the RBI greater power to deal with bad loans, including directing banks to initiate an insolvency resolution process in the case of a default under the bankruptcy code.

The RBI said the 12 accounts constituted about 25 percent of the overall gross non-performing assets, adding it will direct lenders to begin insolvency proceedings around these accounts.

The committee narrowed the list to 12 by focusing on accounts owing more than 50 billion rupees ($777.2 million), where 60 percent or more of the loan had been already classified as non-performing by banks as of March 31, 2016.

Those 12 accounts were identified based on "objective, non-discretionary criterion" outlined by an internal advisory committee, the RBI said in a statement.

The RBI, however, did not provide details about the loans or the banks holding them, which are typically not made public.

The banks have been given six months to finalise resolution plans for other non-performing accounts that do not currently qualify under this criteria.

If no resolution plan is hatched in that period then banks will have to begin insolvency proceedings on these accounts too, RBI said.

The move marks India`s latest attempt to tackle the record 9.64 trillion rupees ($150 billion) in stressed loans as of December, which have choked new credit and hurt economic growth.

Loans classified as non-performing amounted to more than 7 trillion rupees as of March, although final numbers have yet to come.

Sapan Gupta, a lawyer at Shardul Amarchand Mangaldas, called it "a positive and bold step", though some details would need to be worked out, including if a single bank or banks would jointly start the bankruptcy proceedings. Others expected RBI action include changes to guidelines for restructuring of stressed loans.

"The intent of the government and the regulator is clear that this needs to be addressed in this financial year," Gupta said.

A senior banker at a large state-run lender declined to give details about the accounts identified by the RBI, saying it comprised "all the known cases" in media reports.

State-run lenders, who dominate India`s banking sector, carry the bulk of the soured debt. Meanwhile, loans to sectors like infrastructure, power, iron and steel account for the biggest share of non-performing assets.