RBI Repo Rate Cut 2019: In a surprise decision, the Reserve Bank of India today lowered interest rates and shifted its stance to "neutral" from "calibrated tightening". 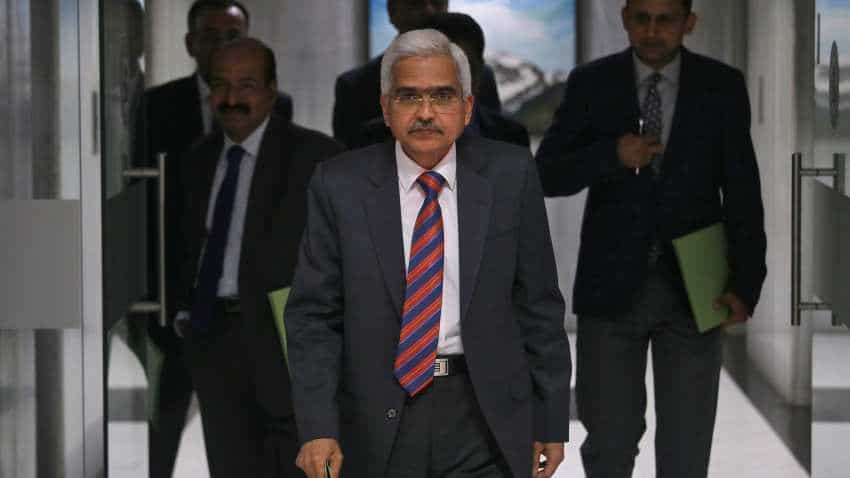 RBI Repo Rate Cut 2019: In a surprise decision, the Reserve Bank of India today lowered interest rates and shifted its stance to "neutral" from "calibrated tightening". Coming days after several pro-Middle Class announcements in Interim Budget 2019, the RBI decision will likely boost the slowing economy in the wake of a sharp fall in the inflation rate. Several experts had previous opnined that the central bank may maintain the status quo on the repo rate. The monetary policy committee (MPC) has cut the repo rate by 25 basis points to 6.25 percent. It will also help ease the loan rates, benefitting home, vehicle and personal loan buyers.

The RBI Monetary Policy Committee has now acknowledged the Central government's longstanding demand that there is a need to boost private investment in the country. The central bank said in an official release that the decision to change the monetary policy stance was unanimous. Four members of the monetary policy committee -  Dr. Ravindra H. Dholakia, Dr. Pami Dua, Dr. Michael Debabrata Patra and Shri Shaktikanta Das - voted n favour of the Repo Rate cut. Dr. Chetan Ghate and Dr. Viral V. Acharya, however, voted to keep the policy rate unchanged.

The repo rate is the rate at which RBI lends to commercial banks.

The repo rate cut by the central bank was a result of several changes in the economic situation of the country over the last several months. Here's a look at some of them mentions in the official RBI statement:

1. Crude oil prices have recovered from their December lows in early January on production.

4. "Rabi sowing so far (up to February 1, 2019) has been lower than in the previous year, but the overall shortfall of 4.0 per cent across various crops is expected to catch up as the season comes to a close... The extended period of cold weather in this year’s winter is likely to boost wheat yields, which would partly offset the shortfall, if any, in area sown."

6. .Commercial vehicle sales also shrank in December 2018 from a high base of the previous year.

7. "Retail inflation, measured by y-o-y change in the CPI, declined from 3.4 per cent in October 2018 to 2.2 per cent in December, the lowest print in the last eighteen months."

8. "Five constituents of the food group – vegetables, sugar, pulses, eggs and fruits, accounting for about 30 per cent of food group – were in deflation in December. Inflation in respect of other major food sub-groups – cereals, milk, and oils and fats – was subdued."

9. "Inflation in the fuel and light group fell from 8.5 per cent in October to 4.5 per cent in December, pulled down by a sharp decline in the prices of liquefied petroleum gas (LPG), reflecting softening of international petroleum product prices."

10. "CPI inflation excluding food and fuel decelerated to 5.6 per cent in December from 6.2 per cent in October, dragged down mainly by the moderation in the prices of petrol and diesel in line with the decline in international petroleum product prices."

11. "Housing inflation continued to edge down as the impact of the house rent allowance (HRA) increase for central government employees dissipated. However, inflation in several of the sub-groups – household goods and services; health; recreation and amusement; and education – firmed up in December, offsetting much of the impact of lower inflation in petrol, diesel and housing."

13. "The actual inflation outcome at 2.6 per cent in Q3:2018-19 was marginally lower than the projection. There have been downward revisions in inflation projections during the course of the year, reflecting mainly the unprecedented soft inflation recorded across food sub-groups."

14. "Headline inflation is projected to remain soft in the near term reflecting the current low level of inflation and the benign food inflation outlook."