RBI rate hike in October? Why it may not happen

Consumer price inflation in the second quarter is set to lag the policy committee’s estimate of 4.6% 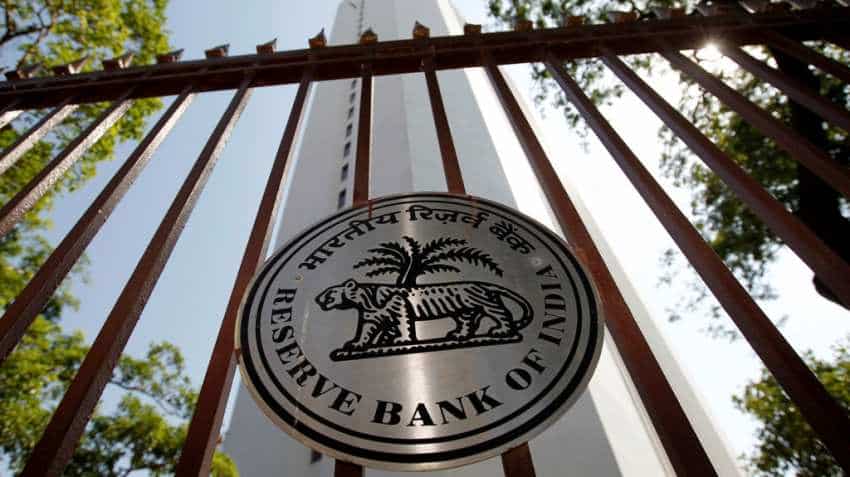 Earlier this month, the Monetary Policy Committee (MPC) had increased the policy repo rate by 25 bps to 6.5% while retaining the stance of monetary policy at neutral, as expected. Image source: Reuters
Written By: ZeeBiz WebTeam
RELATED NEWS

Earlier this month, the Monetary Policy Committee (MPC) had increased the policy repo rate by 25 bps to 6.5% while retaining the stance of monetary policy at neutral, as expected.

While describing the output gap as having virtually closed, a view which was endorsed by the 7% industrial growth in June 2018, the committee highlighted various inflation risks. Such risks included volatility in commodity prices and global financial markets, a rise in inflationary expectations of households, the unfavourable monsoon distribution, the potential impact of revised minimum support prices (MSPs) on the prices of kharif crops, and fiscal concerns. Based on such factors, the MPC placed its inflation projections at 4.6% for Q2 FY2019, 4.8% for H2 FY2019, and 5% for Q1 FY2020.

Subsequently, the year-on-year (YoY) CPI inflation corrected to a nine-month low 4.2% in July 2018 from 4.9% in June 2018. While the usually volatile food inflation receded sharply on the back of a favourable base effect, the core CPI inflation (excluding food and beverages and fuel and light) recorded only a mild decline, suggesting that the caution displayed by the MPC in the back-to-back rate hike may have been warranted.

Even as the monsoon deficit has worsened in August 2018, kharif sowing has picked up pace, narrowing the gap relative to the area covered last year. The outturn of rainfall in the remainder of the monsoon season will be vital for supporting yields and preventing a sharp uptick in prices. The likely impact of the revision in MSPs remains unclear as of now, although it is likely to either push up inflation or the fiscal deficit in the coming months. Crude oil prices continue to display a volatile trend, driven by geopolitical risks and the evolving balance of supply-demand-inventories in various parts of the world.

The minutes of the MPC’s August 2018 meeting reveal that several members were concerned regarding the rise in headline and core inflation while being sanguine on growth, resulting in the pre-emptive rate hike. However, uncertainty regarding the outlook for inflation prompted a retention of the stance of monetary policy as neutral, which suggests that future rate hikes would be data dependant.

The last repo rate hike helped to revive the foreign portfolio investors’ (FPIs’) appetite for Indian debt, which was expected to stabilise the rupee. However, contagion related to the crisis in Turkey has seeped into other emerging market currencies, causing the rupee to depreciate as well. Given the prevailing risk aversion in the global markets, the rupee may remain above 70/$ in the immediate term, before retracing to 69/$ levels. If the recent depreciation of the rupee sustains, it may modestly feed into the CPI inflation.

Nevertheless, the CPI inflation in Q2 FY2019 looks set to lag the MPC’s estimate of 4.6%, reducing the likelihood of a rate hike in the October 2018 policy review, which may impact the sentiment toward the rupee and the FPI flows. Depending on the impact of various risks on the inflation outlook, a final rate hike of 25 bps may still emerge towards the end of FY2019, given the MPC’s inflation projection for Q1 FY2020 of 5%, which is well above the medium-term target of 4%.

(The writer is principal economist with Icra)