In the last monthly policy, held on December 7, the central bank had kept key rates unchanged. 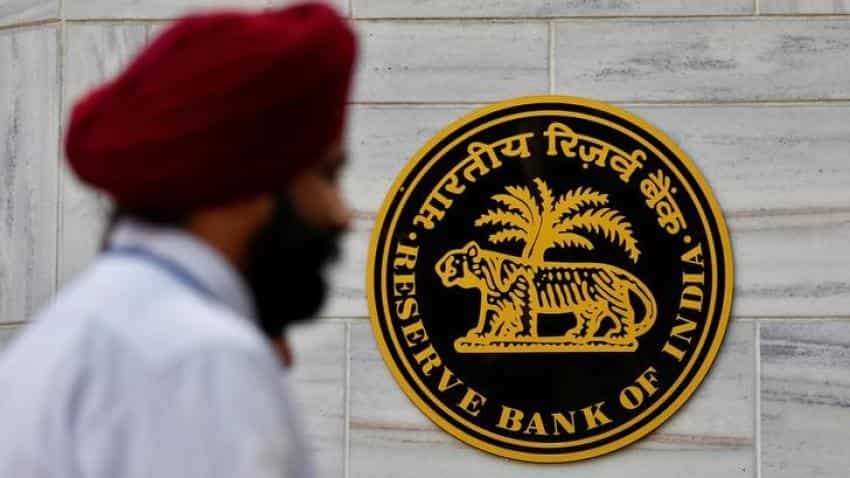 In the last policy meet, some experts were expecting RBI to look at the rate cut. Photo: Reuters

The Reserve Bank of India (RBI) is set to announce bi-monthly monetary policy review on Wednesday.

A lot of predictions have been done by the analysts and experts on whether the central bank should maintain a status quo or cut the interest rates.

In the last monthly policy, held on December 7, the central bank had kept key rates unchanged amid the then on-going demonetisation exercise, which had led the whole country in cash crisis. That time, the analysts were expecting a rate cut, but the RBI Governor Urjit Patel gave 'surprise' buy not reducing the rates.

A Reuters poll last week, conducted before the government presented its annual budget, showed 28 of 46 participants expected the RBI on Wednesday to cut the repo rate by 25 basis points to 6.0%, its lowest since November 2010. Another two expected a 50 bps cut.

Here are the factors which will decide RBI's decision

Consumer Price Inflation fell to a two-year low of 3.41% in December, which is below the RBI's end-March 2017 target of 5% and medium-term target of 4%.

The fall in inflation has given enough room for the RBI to cut the rates. Commenting on the expectation from the central bank, Rishi Mehra, Co-Founder and Director of Wishfin (earlier known as Deal4loans) said, "We are expecting a 25 basis points reduction in the key policy rate - the repo rate - to 6 % on February 8 when the Governor Urjit Patel will unveil his third policy review. Since the last RBI policy, the CPI inflation has been to the downside both in the month of November and December, giving possibilities of meeting the 5% March 2017 CPI target. Having said that, the RBI had made it quite clear that it will work towards the achievement of the consumer price index inflation."

Having similar view, HSBC in its report said, "We hold on to our expectation of a 25 basis points rate cut in February, but caution that this would likely bring the easing cycle to an end, given the pressures in the horizon implementation of the goods and services tax (GST) bill, rising oil prices, implementation of government employees housing allowance, and the challenging 4% CPI target for the medium term."

Moreover, Nomura in its report said, "On the monetary policy front, with the government sticking to fiscal consolidation and headline CPI likely to undershoot the RBI's March 2017 target of 5%, we are pencilling in a final 25 bps repo rate cut to 6% on February 8."

Raghu Kumar, Director, Upstox, said, "In our view, RBI is expected to cut repo rate by 0.25 per cent at its policy review on Wednesday. This rate cut would be supported by the modest CPI inflation, which is expected to undershoot the March 2017 target set by RBI and the continued fiscal consolidation attempted in the Union Budget for FY2018."

In the last policy meet, some experts were expecting RBI to look at the rate cut amid the demonetisation exercise to get a clear picture of the whole exercise.

Today, Bank of America Merill Lynch said to reverse the impact of the demonetisation drive to growth prospects, the Reserve Bank will cut rates tomorrow as well as in the April policy review.

"We continue to expect the RBI-MPC (monetary policy committee) to cut the rates by 0.25%t and in April with demonetisation hurting growth," it said.

However, having the opposite view, Kavita Chacko, Senior Economist, said, "We do not expect a rate cut in this policy as the banks have already lowered interest rates following the inflow of deposits into the banking system following demonetisation."

Finance Minister Arun Jaitley during his Union Budget 2017 speech stated that the fiscal deficit aim for the next fiscal would be 3.2% instead of 3.%. Analysts believe that disinvestment targets is key if the government has to achieve this fiscal deficit target.

"The better than feared deficit target and commitment to fiscal consolidation will keep hopes of a RBI rate cut alive," the Citigroup report said adding "the Budget reinforces our view of another 25 bps cut in repo rate".

In the very beginning of the year, the banks had slashed its marginal cost of funds based lending rate in the range of 90 basis points -  75 basis points across all maturities.

The banks' decision came in after they were flooded with liquidity post demonetisation. According to a Bloomberg report, this behaviour of banks has made it clear that they respond to liquidity triggers far more quickly than policy rate triggers.

So, for tomorrow like the analysts say it will be a "close call" for RBI on whether to hold the rates or reduce them.