RBI's rate cut won't be enough to handle the liquidity issue until retail banks pass on the benefit to its customers, says market expert Ajay Bagga. 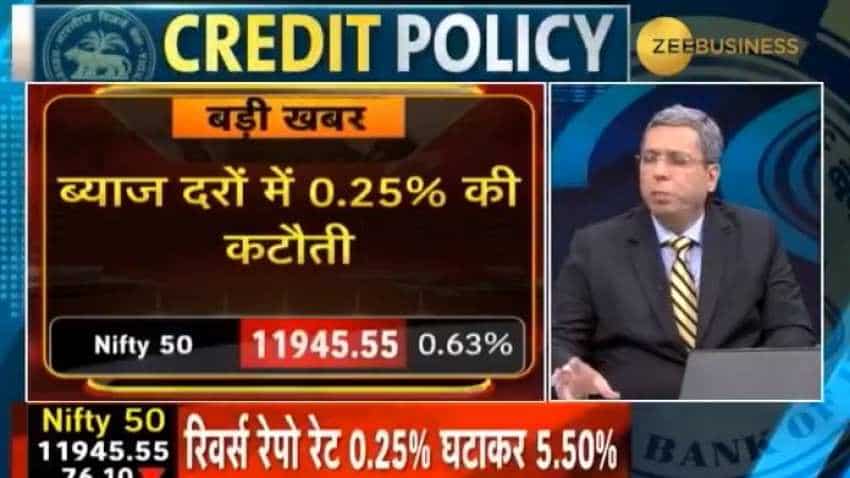 The RBI wants to address the liquidity issue and it's high time for the retail bankers to comply and oblige their customers.

While the markets doomed the RBI-rate cut decision as the Sensex and Nifty both tanked post-Monetary Policy Committee announcements, market expert Ajay Bagga told Zee Business TV that  RBI cutting key rates won't be enough till the decision is transformed into improved liquidity. Bagga said that the RBI has been cutting Repo Rate since February but the retail bankers are not ready to pass on its benefits to the customers. Hence, it's high time for the RBI to make sure about the retail bankers pass on its benefits to the customers.

"Real problem is liquidity issue. The RBI has been cutting Repo Rate since February and if we add today's rate cut, it has curtailed the Repo Rate by 75 bps, which is huge. But, RBI cutting the Repo Rate won't be enough as the retail banks have been hesitant in passing on its benefits to the customers. So, it's for the RBI to make sure that bankers also cut their lending rates and make the motto of the RBI behind this rate cut drive a reality," told Ajay Bagga to Zee Business TV.

Bagga also said that RBI has taken three major decisions that express RBI's mood to address the liquidity issue citing, "RBI has cut down Repo Rate by 25 bps, it  has changed its stance from neutral to accommodative and all six members were of the opinion that key rates be cut down."