RBI rate cut: Day when India saw 5.75% rate after 9 years! What has changed and what it means for the common man

India has finally witnessed a repo rate of 5.75%, which by the way,  comes after 9 years. A lot has changed since 2010, when this rate was last applicable. 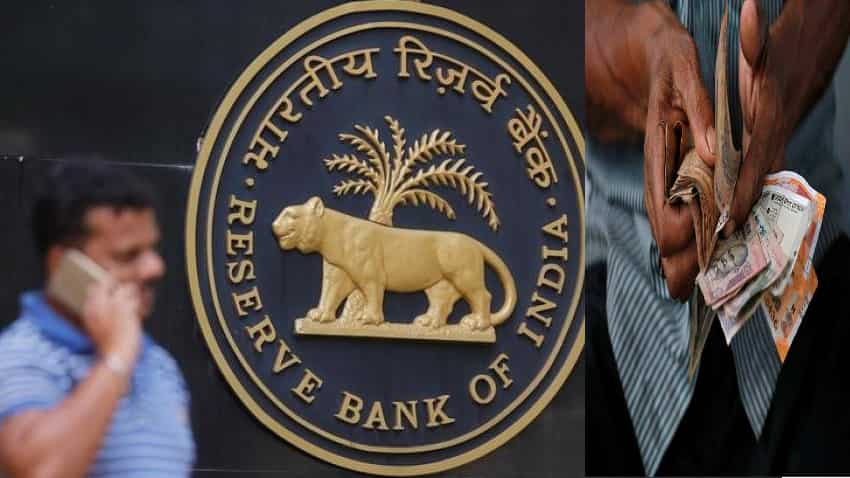 The Reserve Bank of India (RBI) stance has come in as a surprise for markets especially banks. While there are multiple reasons why banking stocks tumbled massively on Thursday, right after RBI Governor Shaktikanta Das made his third consecutive cut in policy repo rate by another 25 basis point, one thing is certain and that is look to ensure benefit of repo rate cut is passed on to consumers. In June 2019 policy, every MPC member including the governor mutually agreed for a rate cut. Significantly, they also decided to change the policy stance from neutral to accommodative.

The game changer is that India has finally seen a repo rate fixed at 5.75%, which by the way, comes after 9 years. This also proves a lot has changed since 2010 and what is more, it is expected to work in favor of the common man.

The 5.75% repo rate was seen during then governor Dr D Subbarao's tenure. The difference from current and July 2010 policy is that, Subbarao had to increase repo rate to 5.75% in midsts of various uncertainties, while Das brought it down to that level. Hence, the current scenario of policy repo rate cut comes out as being in favour of the common man.

During July 2010, India was facing global uncertainty in the aftermath of Greek Sovereign Debt crises and other visible soft spots in Europe and US. This just renewed uncertainty about sustainability of recovery. On other hand, emerging market economies (EMEs) were witnessing strong growth led by rising domestic demand, restocking of inventories and thus recovering global trade. Such rapid upsurge in EMEs was also accompanied by higher inflation. That said, there was widespread expectation of slowdown in global economy.

In 2019, the situation has changed and new circumstances are ruling. And these are more like a reverse trend from 2010 policy. RBI on Thursday highlighted that, among advanced economies, US strengthened in Q1 due to higher government spending, rise in private investment and lower trade deficit. Also, the UK GDP growth picked up, while the Japanese economy accelerated on net exports gains and surge in public investment. This is not the case with EMEs, as economic activity have slowed with Chinese economy muted, while South Africa and Brazil economies contracted.

Also in 2019, while crude oil prices continued their volatility, showcasing evolving demand-supply conditions underpinned. The US dollar strengthening led to weakening in gold prices, which however, has now picked up since May 2019 last week on escalating trade tensions and revival in demand of safe haven assets.

Coming back to inflation, this has changed a lot since 2010. When policy repo rate was at 5.75% in 2010, the country was burdened with high inflation. Point of note that time, RBI would take into consideration the WPI inflation for projecting policy stance. In fact, WPI, food price inflation and consumer price inflation were all in double digits.

But now in 2019, both WPI and CPI have eased, creating better opportunities to fuel common man’s buying habit. The CPI stands at 2.92% in April 2019, which is still well within RBI’s target for the indicator. In current scenario, RBI targets CPI inflation for monetary policy decision. Yet, even WPI inflation has eased to 3.07% in April 2019, compared to previous month.

Hence, now is the time to actually enjoy the 5.75% repo rate.

What does it mean for common man?

The basic knowledge of inflation is that they can be both beneficial and in some cases negative for economic growth. But in July 2019 monetary policy, RBI has raised its CPI inflation target for first half of FY20, by a slight 0.10 percentage point to between 3% to 3.1% from previous 2.9% to 3%. But, RBI believes that will soon ease down by end of second half of FY20, as inflation target are set lower by 0.10 percentage point between 3.40% to 3.70% from previous target of 3.50% to 3.80%. These targets are still in control for RBI. Also, this indicator a lower inflation scenario ahead.

A common man benefits from a lower inflation scenario. In literal words, when inflation is low this means employment enhancement, consumers having more money in pockets to buy goods and services and which in return benefits the economy overall. To control and maintain stability in inflation, RBI decides to make a cut in policy repo rate. When inflation eases, RBI has more room to cut repo rate.

Also, a repo rate cut helps in a common man’s borrowing habit from banks. A repo rate is an interest rate for banks, when they borrow funds from RBI. When, RBI lends at cheaper rate to banks, then the lenders are supposedly able to pass on the benefit to borrowers. This makes EMIs on home loan, personal loan and car loan cheaper. Remember when in April 2019 repo rate cut, almost every lender such as SBI, HDFC Bank, ICICI Bank, BoB, PNB, Indian Overseas Bank, Axis Bank and others brought down their MCLR rate and according reduced loans linked with this benchmark. Hence, EMIs have got cheaper. One can expect same after June 2019 policy.

RBI on Thursday, highlighted that, transmission of the cumulative reduction of 50 bps in the policy repo rate in February and April 2019 was 21 bps to the weighted average lending rate (WALR) on fresh rupee loans. Interest rates on longer tenor money market instruments remained broadly aligned with the overnight WACR, reflecting near full transmission of the reduction in policy rate.

Thereby, a repo rate to 5.75% makes it even better than before for common man.

Dinesh Rohira, CEO and Founder at 5nance.com  said, “The risks to inflation outlook was maintained broadly balanced which also augur scope for further rate-cut or pause in hike with MPC opting for ‘accommodative’ stance to boost the consumption and investment growth in distress sectors. The committee also remained cognizant of guidelines for rate cut transmission by the banks which is likely to be faster than past practice. This current rate cut coupled with consistent liquidity infusion into the system on periodic basis is expected to stabilize distress NBFC/HFCs sectors which is challenged with liquidity crisis in recent period. The transmission of rate cut by Banks or HFCs is expected to boost activity in sectors like Housing and Automobile on account of cheaper cost of fund with lower EMI obligations for retail borrowers.”

Sunu Mathew, Managing Director, LEAP India Pvt. Ltd said, "The RBI’s move to cut the rate should instil consumer confidence, which would in turn spur the growth in Beverages, FMCG, Retail and automobile industry. This also signals that lower interest rate regime as commodities rates are subdued across the world. This is positive news for corporates to tap the expected demand in Q2 FY20. With stable Government at centre, normal monsoon coupled with low interest rate regime and RBI’s initiatives to increase the liquidity, we hope that RBI’s target growth rate of 7% in Q2 FY 20 would come true."

As, RBI governor Das assured he will not hesitate in maintaining financial stability. In policy press conference, he says, “As far as the liquidity is concerned, the RBI won't hesitate taking action in regard to the liquidity."

Wealth Guide: RBI Policy Impact - Which rates are affected by rate hikes? What loan borrowers should do? Expert advice