RBI policy review 2018: ‘Status Quo’ or ‘not’; These changes can be expected in first monetary policy of FY19 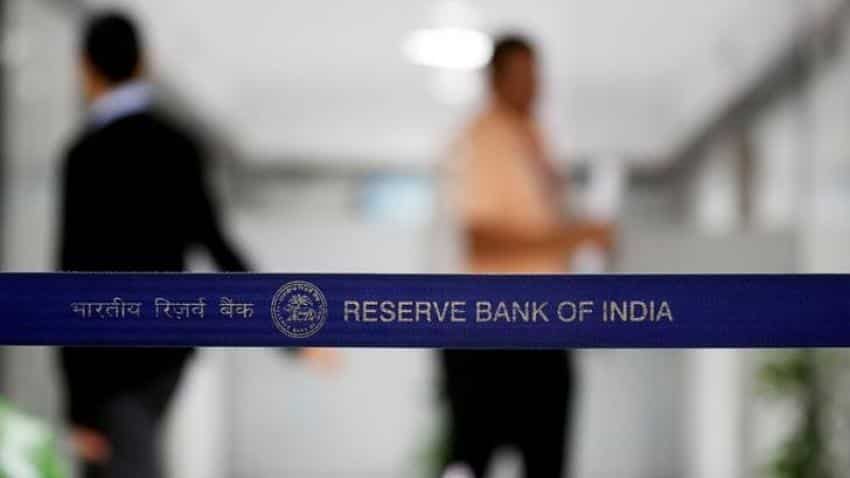 RBI monetary policy review 2018-19: The Indian markets and rupee soared on Thursday trading session, as the  Reserve Bank of India (RBI) is just few hours away from presenting the first monetary policy of the fiscal year FY19. Many economists have already projected a status quo in this review for the third time in a row, along with the neutral policy stance for the country. The central bank is an inflation trajectory central bank, and its policy decision depends upon the performance of Consumer Price Index (CPI) and factors affecting the indicator.

The chapter of rate cut has flavoured out, and there are only two option which the apex bank could follow - either ‘status quo’ or ‘ rate hike’. But for this monetary policy, economists believe a status quo.

Sumedha DasGupta, Research Analysts at ICICI Bank says, “We expect the Reserve Bank of India to keep the policy Repo rate unchanged at 6% in its policy meeting on April 4-5, 2018. The voting pattern of the MPC could be 5-1, with one member favouring a rate hike at this meeting.”

Whether RBI decides to a ‘status quo’ or ‘not’, one can expect these key observations from RBI during this policy.

According to ICICI Bank there are five key areas, where RBI may take decisions.

GVA growth forecasts for FY2019 is likely to be maintained at ~7.2% YoY (in the rangeof 7.3%-7.4% in first half and 7.1-7.2% in second half) as specified in the February policy meet. Simultaneously, the MPC may revise their FY2018 GVA growth forecast slightly lower to ~6.4% YoY (from 6.6% YoY), in line with the Government estimates, and our expectations.

Given the ~4.7% YoY average CPI in January-February 2018, the inflation trajectory in Q4 FY2018 is likely to significantly undershoot the RBI’s projection of ~5.1% YoY. The inflation range forecast for H1 FY2019 may be adhered to (5.1-5.6% YoY) by the RBI. Given the extant knowledge on the agricultural cost front, the MSP impact could raise the annual CPI reading by ~70-100 bps in FY2019.

While the RBI may not revise the specified range for H2 (4.5-4.6% YoY) till the first monsoon forecast is known, the MPC may continue to flag the upside risks in terms of higher crude oil prices (petrol and diesel prices are at multi-year highs currently) and closing of the output gap.

The benign borrowing number for H1 FY2019 (~52% of budgeted amount as compared to ~60-65% in other fiscals) has aided a sharp correction in G-Sec yields, which is likely to be noted by the MPC. However, the MPC may also sound cautious on the possibility of a fiscal slippage if they feel a greater portion of the borrowing is allocated for H2 FY2019. However, incremental spending impulse may not be significant this fiscal, as other components of growth may be supportive as well.

The sharply lower FDI inflows in 9M FY2018 is a worrisome development on the external front. Given that FII inflows also moderated in Q4 FY2018, the support from this component for the balance of payments will also be limited. The basic balance (CAD + FDI) will be negative in FY2018 after three years of surplus. Notably, services trade surplus buoyed the current account metrics considerably in Q3 FY2018.

If trade protectionist measures play out in a big way and immigration norms become more restrictive, it will impact software exports (~60-70% of invisible receipts) adversely, and sharply worsen the Rupee’s metrics. The RBI is also like to announce a change in the FPI debt investment limits, which will be eagerly watched.

Aditi Nayar, Chief Economist at ICRA, believes the RBI may bring in change in growth and inflation forecasts if any. Extent of concerns on global risks.