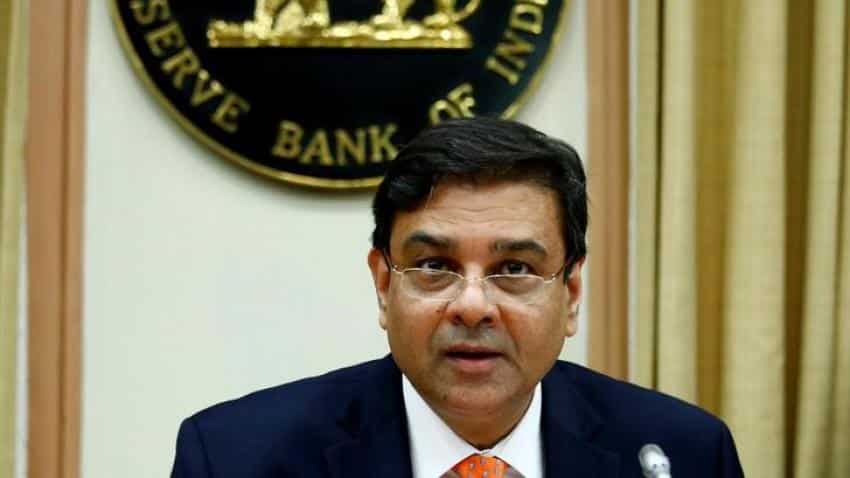 Regarding PSBs, Urjit Patel told the panel that the RBI has "inadequate" control over them. Image source: PTI
Written By: ZeeBiz WebTeam
RELATED NEWS

The Reserve Bank needs more powers to oversee public sector banks (PSBs), Governor Urjit Patel told a parliamentary panel today amid mounting bad loans in state-run lenders. The RBI governor, who appeared before the Parliamentary Standing Committee of Finance, faced tough questions from lawmakers on bad loans, bank frauds, cash crunch and other issues, according to sources. Sources said the governor assured the members that steps were being taken to strengthen the system. Regarding PSBs, he told the panel that the RBI has "inadequate" control over them.

The governor asked for more powers to control the government-owned banks, said sources present at the meeting.  There are 21 state-owned banks, including State Bank of India.  Their combined losses crossed a whopping Rs 87,300 crore in 2017-18 fiscal, topped by scam-tainted Punjab National Bank which took a hit of nearly Rs 12,283 crore.

Of the 21 state-owned banks, only two banks, Indian Bank and Vijaya Bank, posted profits during 2017-18. Indian Bank posted the highest profit of Rs 1,258.99 crore and Vijaya Bank's profit was Rs 727.02 crore in the fiscal.  Gross non-performing assets (NPA) of the entire banking sector stood at Rs 8.31 lakh crore at end-December 2017. Sources further said the RBI governor also answered queries regarding the USD 2 billion fraud allegedly committed by diamontaire Nirav Modi and his associates in the PNB.

According to sources, Patel said it was impossible to look after each and every branch of a bank in terms of an audit.  Some members of the committee, headed by senior Congress leader Veerappa Moily, sought to know about the reasons for recent instances of ATMs running out of cash and why enough steps were not taken to tackle banking frauds.

Patel told the panel that steps were being taken to strengthen the banking system. "We are confident that we will be able to tide over the crisis," a source quoted the governor as saying with respect to the NPA situation. On an optimistic note, Patel informed the committee that after implementation of the Insolvency and Bankruptcy Code (IBC), the situation on the NPA front has been improving.