With inflation seen to cool in the economy and chances of a normal monsoon the Monetary Policy Committee, headed by Urjit Patel, RBI Governor is expected to keep repo rate unchanged at 6.25%. However ahead of GST implementation and increase in minimum support prices of food articles, will RBI maintain status quo? Analysts speak. 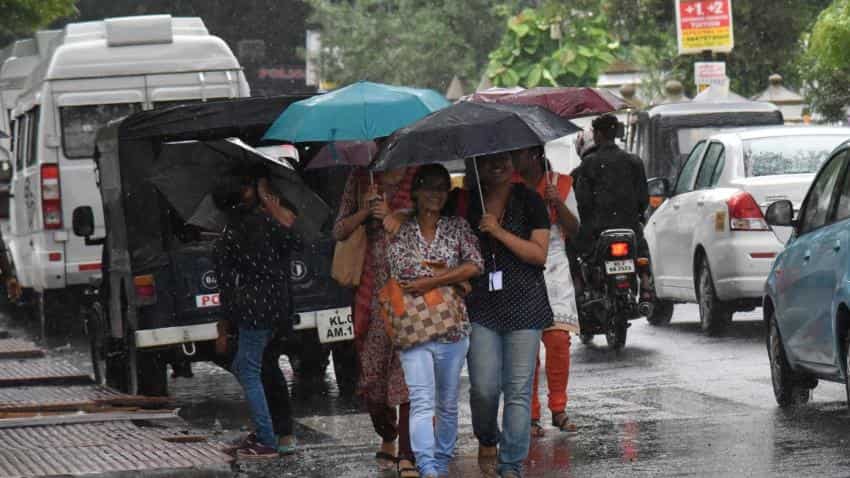 Monsoon is known for changing its mind in India and will play a key role in the Reserve Bank of India (RBI) and Monetary Policy Committee (MPC) that will roll out its second bi-monthly monetary policy on June 7, 2017.

However, this decision by the MPC would depend on inflationary impact of GST, aggressive rate hike by US Federal reserve in their future policy, volatile oil prices, GDP growth and of course the probability of a good monsoon.

Timely arrival of the south-west monsoon has given Indian Meteorological Department (IMD) reason to believe that we will have a normal monsoon this year.

A good monsoon should ideally mean a good produce for farmers to harvest. This in turn would mean a better supply to the markets and in turn prices of goods and commodities should ease bringing down inflation.

“Aiding consumption growth will be a normal monsoon, benign inflation and softer interest rates. We assume monsoon to be normal in 2017, too, which will support agricultural growth, and interest rates will soften due to improved transmission of policy rate cuts by the Reserve Bank of India,” analysts of CRISIL research said in a report dated June 2017.

Inflationary pressure subsided over the past two months with Consumer Price Inflation (CPI) that examines the weighted average of prices of a basket of consumer goods and services, cooling to 2.99% Year-on-Year (YoY) in April from an average of 4.5% YoY in FY17. Wholesale Price Index (WPI) inflation dropped to a four-month low of 3.85% in April as both food articles and manufactured items showed cooling in prices.

Keeping in mind the comfortable liquidity stance in the economy and food inflationary pressures which have been under control for now; the RBI might save rate cuts for later on in the year.

“A favourable base is effect is expected to continue in Q1 and Q2 of FY18 in food inflation. Apart from this, expectation of a normal monsoon as predicted by IMD will provide further respite,”Biswa Swarup Misra of Bank of Baroda said in a report dated June 5.

The repo rate is the rate at which RBI lends money to banks. Hence a rate hike would mean lesser borrowing from the Central bank and a rate cut would mean higher borrowing; thus impacting money supply in the economy.

Maintaining status quo on the RBI policy would mean that the RBI does not expect inflationary pressure in the near term.

It has been emphasised that GST will not have any inflationary impact with its rollout on July 1 primarily because majority of the goods in the CPI basket have been kept under similar tax brackets than before.

“The implementation of the GST is likely to be non-inflationary here. It may even have a moderating effect on inflation. Ceteris paribus, the retail (CPI) inflation could moderate by 25-50 bps going ahead on account of GST in the best possible case,” Madan Sabnavis of Care Ratings research said in a report dated May 25.

Sabnavis made a case for foodgrains, milks, cereals, meat and fish which have been exempted from the GST ambit and had were taxed between 3-9% under the current tax regime.

However, the report did cite a few examples of countries like Singapore that saw an uptick in inflation the year GST was implemented and another of Malaysia where price levels was controlled with various price control measures being undertaken by the Ministry of Domestic Trade and Consumer Affairs.

Also Read: Instead of a rate cut, analysts expect these changes

Two sides of the coin

In the Care Ratings report, factors favouring a rate cut were listed as follows.
-- CPI inflation is down.
-- Moderation in global commodity prices.
-- The upside risk to the inflation could be limited with the coming monsoons forecasted to be normal and if oil prices continue to decline.

Making a case for maintain a status quo, the report said:
-- Inflation potential is still unclear on account of 7th pay commission allowances, GST implementation and an increase in minimum support prices for food articles by the government.
-- Increase in expectations of a rate hike by Federal Reserve in the month of June.

Now the full impact of GST on prices of goods and services and inflation will be known only in August when CPI data for July will be released.

“We expect only a 25 bps cut in 2017 – in second half. More likely in the month of October, once the picture is clearer,” Sabnavis added.