RBI kept policy repo rate unchanged at 6% since past three monetary policy meetings along with accommodative stance due to fear of high inflation and macro-economic data. 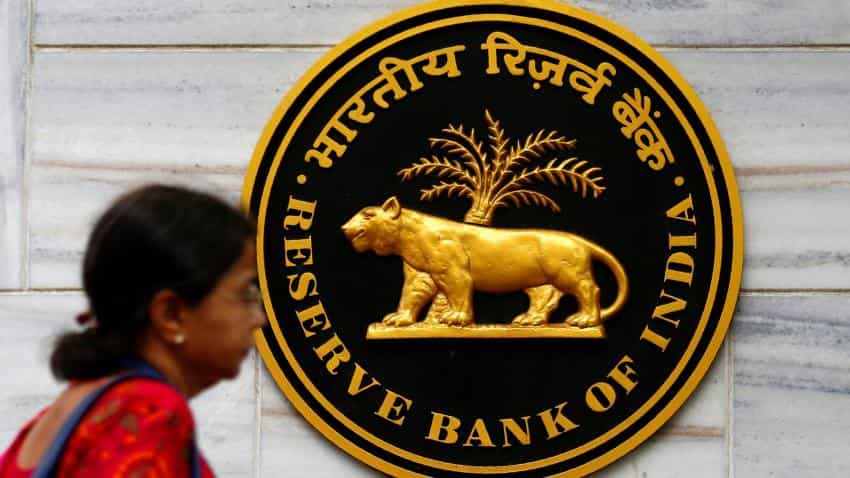 The six-member Monetary Policy Committee including the RBI Governor Urjit Patel held a meeting on Wednesday to discuss the policy, and on April 5, the resolution of the meet will be announced for all. Image source: Reuters
Written By: Pooja Jaiswar
RELATED NEWS

RBI may hike rates in March quarter of 2022; coal and chip shortages a worry: Report

RBI monetary policy review 2018: The table has once again been set and every eye is watching the Reserve Bank of India (RBI). This time especially so because the central bank will be presenting India’s first bi-monthly monetary policy for the fiscal year 2018-19. The six-member Monetary Policy Committee including the RBI Governor Urjit Patel held a meeting on Wednesday to discuss the policy, and on April 5, the resolution of the meet will be announced for all. RBI kept policy repo rate unchanged at 6% since past three monetary policy meetings along with accommodative stance due to fear of high inflation and macro-economic data worsening.

The RBI is an inflation trajectory central bank, and its policy decision depends upon the performance of Consumer Price Index (CPI) and factors affecting the indicator. Firstly it needs to be noted that, the CPI has eased down in the past two months of 2018. CPI which stood at 5.21% at 17-month high, recorded a growth rate of 5.07% in January 2018 and further to 4.44% in February 2018.

RBI takes CPI into account for formulating the monetary policy, they supervise banking & financial institution, managing exchange rates, liquidity surplus and money supply for controlling inflation - the government target is to achieve 4% by 2020.

Many economists and experts believe, the chapter of rate cut has flavoured out, and there are only two option which the apex bank could follow - either ‘status quo’ or ‘ rate hike’.

In last policy, analysts from Bank of Baroda, Morgan Stanley,Goldman Sachs, Care Ratings and many more projected that rate hike is on the table by RBI in FY19, but when will it take place that is the real question one needs to ask themselves.

There are factors that indicate that RBI can afford to maintain a status quo along with neutral stance for sometime more.

Sumedha DasGupta, Research Analysts at ICICI Bank says, “We expect the Reserve Bank of India to keep the policy Repo rate unchanged at 6% in its policy meeting on April 4-5, 2018. The voting pattern of the MPC could be 5-1, with one member favouring a rate hike at this meeting.”

According the analysts mentioned above, there are factors which haunt CPI growth, and the indicator is likely to increase in first half of FY19.

There are two factors as per HDFC Bank affecting the growth rate of CPI, firstly  caution related to higher Minimum support prices (MSPs) that the government could offer to farmers in line with its budget ‘commitment’ and because of surging oil prices.

While international benchmark Brent crude gained 6.6% during the past week, briefly reaching $70.58 and currently standing close to $69.68/bbl.

Second issue would be core inflation which has become more broad-based and is markedly high for categories like services. HDFC bank says, “Increase in components of salaries (like housing allowance) due for employees of the state governments could add to these pressures.”

Economists at HDFC Bank thus said, “Going ahead in FY19, CPI inflation could inch-up to around 5.6% in June. We expect average inflation of 5.1% in H1-FY19 with much of the rise likely to be on account of an adverse base.”

Apart from this there global risk that forces RBI to maintain a status quo. Globally, interest rates are on rise as developed economies’ central banks are looking to unwind ultra-accommodative policies.

As per analysts at Edelweiss, while the US  Fed is continuing its path of raising interest rates and shrinking balance sheet, the ECB too seems to becoming less accommodative as the Euro area’s growth remains strong. This scenario of tightening global liquidity will keep RBI cautious.

A pinch of impact can also be considered due to the trade war between United States and it’s major trading partners. HDFC Bank says, “This may or may not directly lead to a change in monetary stance but the central bank’s view on how prepared the domestic economy and markets are to face these risks become important.”

Thus analysts at Edelweiss reiterates, “We expect the RBI to leave the policy rate unchanged, while acknowledging the recent softness in inflation readings.”

As per HDFC Bank, given the recent softer inflation prints while the RBI can afford to wait longer and maintain status quo, eventually, we believe, that elevation of some of the upside risks along with the revival in rural demand could lead to a rate hike by the last quarter of 2018-19.

With no fresh new concerns over the inflation dynamic and with the recovery remaining in a nascent stage, Morgan says, “we believe that the MPC will find merit in not takingup rate hikes at the upcoming meeting.”

It added, “As regards the inflation outlook, the incoming data and our current assessment is that there are limited new upside risks arising from supply side drivers (relative to the last MPC meeting) while at the same time, demand pull pressures have not emerged in a meaningful manner considering the early stages of recovery.”

While ICICI Bank said, “ The RBI is likely to maintain a neutral tone despite recently benign inflation, as a rate hike is likely in H2 CY2018.”

Interestingly, Edelweiss believes the positive side of inflation front could actually reduce the urgency to guide for rate hike soon.

But till the time, higher crude prices trajectory hovers globally - which has taken petrol and diesel prices to all-time high, the RBI will maintain the upside risk in inflation, and thus ‘rate hike’ card.

When inflation were high in 2010, RBI increased repo rate by 11 times in the early months of the year. Price stability has always been main focus of RBI, and inflation is usually caused by supply constraints and increase in crude oil prices.

So what will be RBI’s decision in the first policy of FY19, will it be in line with analysts expectation, or surprise awaits for India on Thursday, well we will just have to wait and watch.

RBI may hike rates in March quarter of 2022; coal and chip shortages a worry: Report