RBI monetary policy review: Governor Urjit Patel led MPC has raised  repo  rate by 25 bps today and the same has risen from 6.25% to 6.50%. 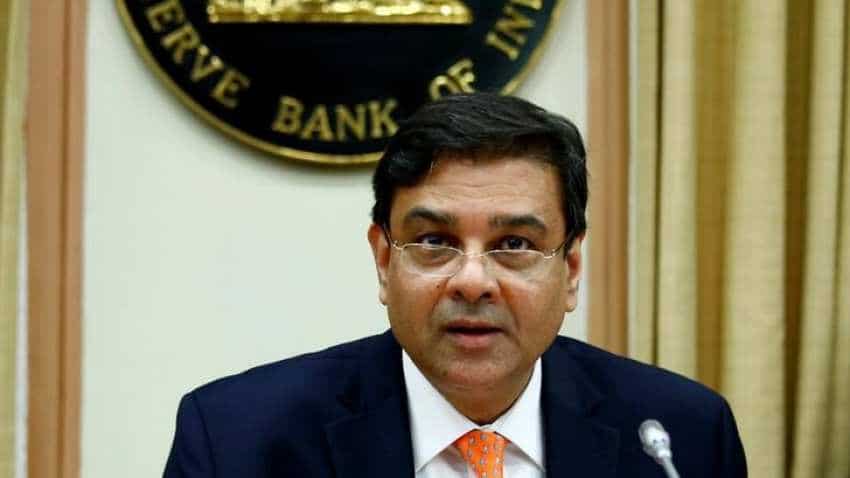 RBI monetary policy review: Governor Urjit Patel led MPC has raised repo rate by 25 bps today and the same has risen from 6.25% to 6.50%. It has thereby indicated that going forward inflation is going to continue to play a spoilsport. Read the full report here.

• Increase the policy repo rate under the liquidity adjustment facility (LAF) by 25 basis points to 6.5 per cent.

Consequently, the reverse repo rate under the LAF stands adjusted to 6.25 per cent, and the marginal standing facility (MSF) rate and the Bank Rate to 6.75 per cent. The decision of the MPC is consistent with the neutral stance of monetary policy in consonance with the objective of achieving the medium-term target for consumer price index
(CPI) inflation of 4 per cent within a band of +/- 2 per cent, while supporting growth. The main considerations underlying the decision are set out in the statement below.

2. Since the last meeting of the MPC in June 2018, global economic activity has continued to maintain steam; however, global growth has become uneven and risks to the outlook have increased with rising trade tensions. Among advanced economies (AEs), the US economy rebounded strongly in Q2, after modest growth in Q1, on the back of rising personal consumption expenditures and exports. In the Euro Area, weak growth in Q1 continued in Q2 due to subdued consumer demand, weighed down by political uncertainty and a strong currency. In Japan, recent data on retail sales, consumer confidence and business sentiment point to moderation in growth.

4. Global trade lost some traction due to intensification of trade wars and uncertainty stemming from Brexit negotiations. Crude oil prices, which remained volatile and elevated in May-June on a delicate demand-supply balance, eased modestly in the second half of July on higher supply from Organisation of Petroleum Exporting Countries (OPEC) and non-OPEC producers. Base metal prices have fallen on the general risk-off sentiment triggered by fears of an intensification of trade wars. Gold prices have softened on a stronger dollar. Inflation remained firm in the US, reflecting higher oil prices and stronger aggregate demand. Inflation has edged up also in some other major advanced and emerging economies, driven, in part, by rising energy prices and pass-through effects from currency depreciations.

5. Financial markets have continued to be driven mainly by monetary policy stances in major AEs and geopolitical tensions. Equity markets in AEs have declined on trade tensions and uncertainty relating to Brexit negotiations. Investors’ appetite for EME assets has waned on increases in interest rates by the US Fed. The 10-year sovereign yield in the US has moderated somewhat from its peak on May 17 on safe-haven demand, spurred by escalating trade conflicts. Yields have softened in other key AEs as well. In most EMEs, however, movements in yields have varied reflecting domestic macroeconomic fundamentals and tightening global liquidity. Capital flows to EMEs declined in anticipation of monetary policy tightening in AEs. EME currencies, in general, have depreciated against the US dollar over the last month.  The services PMI expanded to a twelve-month high in June, after a marginal contraction in May, supported by expansion in new business and employment.

6. On the domestic front, south-west monsoon has been recovering after a brief spell of deficiency in the second half of June. The cumulative rainfall up to July 31, 2018 was 6 per cent below the long-period average. In terms of spatial distribution, 28 of the 36 sub-divisions received normal or excess rainfall, whereas 8 sub-divisions received deficient rainfall as against three sub-divisions last year. The total sown area of kharif crops as on July 27 was 7.5 per cent lower than that a year ago. The live storage in major reservoirs as on July 26 was at 41 per cent of the full reservoir level compared with 36 per cent a year ago, which portends well for the rabi sowing season.

7. Industrial growth, measured by the index of industrial production (IIP), strengthened in April-May 2018 on a y-o-y basis. This was driven mainly by a significant turnaround in the production of capital goods and consumer durables. Growth in the infrastructure/construction sector accelerated sharply, reflecting the government’s thrust on national highways and rural housing, while the growth of consumer non-durables decelerated significantly. The output of eight core industries accelerated in June due to higher production in petroleum refinery products, steel, coal and cement. Capacity utilisation in the manufacturing sector remains robust. The assessment based on the Reserve Bank’s business expectations index (BEI) for Q1:2018-19 remained optimistic notwithstanding some softening in production, order books and exports. The July manufacturing PMI remained in expansion zone, although it eased from its level a month ago with slower growth in output, new orders and employment.

10. Fuel and light group inflation rose sharply, pulled up by liquefied petroleum gas and kerosene. Inflation in firewood and chips ticked up, while electricity inflation remained low. The pass-through of global crude oil prices impacted inflation in domestic petroleum products as well as transport services. Inflation also picked up modestly in respect of education and health.

11. The June round of the Reserve Bank’s survey of households reported a further uptick of 20 basis points in inflation expectations for both three-month and one-year ahead horizons as compared with the last round. Manufacturing firms polled in the Reserve Bank’s industrial outlook survey (IOS) reported higher input costs and selling prices in Q1:2018-19. The manufacturing PMI showed that input prices eased slightly in July, although they remained high. Input costs for companies polled in Services PMI in June also stayed elevated. Farm and non-farm input costs rose significantly. Notwithstanding some pick-up in February and March 2018, rural wage growth remained moderate, while wage growth in the organised sector remained firm.

12. Systemic liquidity remained generally in surplus mode during June-July 2018. In June, the Reserve Bank absorbed surplus liquidity of around ₹140 billion on a daily net average basis under the LAF even as the system migrated from net surplus to a net deficit mode in the second half of the month due to advance tax outflows. Interest rates in the overnight call money market firmed up in June reflecting the increase in the repo rate on June 6, 2018. The weighted average call rate (WACR) traded, on an average, 12 basis points below the repo rate – the same as in May. Systemic liquidity moved back into surplus mode in early July with increased government spending but turned into deficit from July 10 onwards; on a daily net average basis, the Reserve Bank injected liquidity under the LAF of ₹107 billion in July. The WACR in July, on an average, traded 9 basis points below the policy rate. Based on an assessment of prevailing liquidity conditions and of durable liquidity needs going forward, the Reserve Bank conducted two open market operation (OMO) purchase auctions of ₹100 billion each on June 21 and July 19, 2018.

13. Export growth picked up in May and June 2018 on a y-o-y basis, aided by engineering goods, petroleum products, drugs and pharmaceuticals, and chemicals. Import growth also accelerated largely due to an increase in crude oil prices. Among non-oil imports, gold imports declined due to lower volume, while imports of machinery, coal, electronic goods, chemicals, and iron and steel increased sharply. Double-digit import growth in May and June pushed up the trade deficit. On the financing side, net foreign direct investment (FDI) flows improved significantly in the first two months of 2018-19. With the tightening of liquidity conditions in AEs, growing geopolitical concerns and with the escalation of protectionist sentiment, net foreign portfolio investment (FPI) outflows from the domestic capital market have continued, albeit at an increasingly slower rate. India’s foreign exchange reserves were at US$ 404.2 billion on July 27, 2018.