RBI monetary policy review 2018: The repo rate, at which the central bank lends short-term money to other banks, will continue to stay at 6 per cent. The reverse repo, rate at which it borrows from banks and absorbs excess liquidity, will remain at 5.75 per cent. 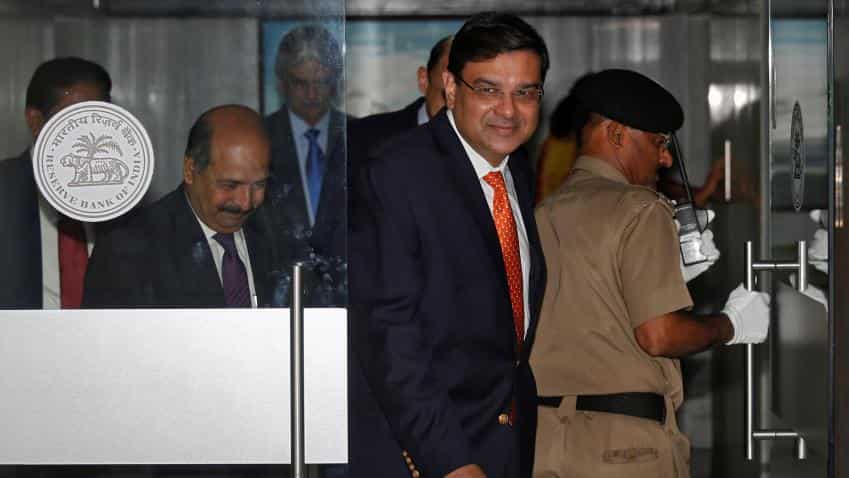 RBI MPC Meeting: Check what Anil Singhvi expects from the RBI Governor ahead of the policy announcements today - details here

"In line with our expectations, MPC maintained status quo in today’s monetary policy. The recent softening in retail inflation that had firmed up during early months of winter, supported RBI’s decision to maintain status-quo. The recent moderation also supported a downward revision to RBI’s forecasts for FY19 CPI inflation," said Garima Kapoor, Economist, Elara Capital. She expects one rate hike of 25 bps towards second half of FY19.

"The MPC decided to keep the policy repo rate on hold and continue with the neutral stance. The MPC reiterates its commitment to achieving the medium term target for headline inflation of 4 per cent on a durable basis," said the first bi-monthly monetary policy for 2018-19.

The repo rate, at which the central bank lends short-term money to other banks, will continue to stay at 6 per cent. The reverse repo, rate at which it borrows from banks and absorbs excess liquidity, will remain at 5.75 per cent.

The headline inflation after surging to a concerning 5.2 per cent in December last year, cooled off to 5.07 per cent in January and further to 4.4 per cent in February. RBI has been asked by the government to target inflation at 4 per cent, plus or minus 2 per cent, and its rise beyond the comfort zone will put pressure on the central bank not cut interest rate (repo rate).

In a repeat of the previous policy review in February, five members of the MPC, including the three external ones and the Governor, voted in favour of the decision, while RBI Executive Director Michael Patra voted for an increase in the repo rate by 25 basis points.

Here are the key takeaways from the RBI monetary policy statement:

The RBI continued with its neutral stance on the policy. "The decision of the MPC is consistent with the neutral stance of monetary policy in consonance with the objective of achieving the medium-term target for consumer price index (CPI) inflation of 4 per cent within a band of +/- 2 per cent, while supporting growth," said the policy statement.

"It was a pragmatic policy. RBI has gone softer on monetary policy. Inflation numbers are positive, the expectations are low. So, we can infer rate hike will not be on cards in 2018," told market expert Ajay Bagga to Zee Business.

The inflation print for February did turn out to be softer than our projection," said RBI governor Urjit Patel at a press conference after announcing the monetary policy statement. "However, MPC looks ahead. We noted there are several uncertainties around the baseline inflation path which is why we kept the stance neutral and rate unchanged," he said.

"We believe factors such as the expected trajectory of food prices (following new formula for MSP revision), trend in crude oil and other commodity prices and outlook for South West Monsoon will remain key in determining policy trajectory," said Garima Kapoor of Elara Capital.

Several factors, RBI said, are expected to accelerate the pace of economic activities in the year. "There are now clearer signs of revival in investment activity as reflected in the sustained expansion in capital goods production and still rising imports, albeit at a slower pace than in January," it said. Secondly, global demand has been improving, which should encourage exports and boost fresh investment, it added.

The RBI acknowledged that equity markets globally have shed most of the gains of the previous quarter in a heavy sell-off in February-March, caused by optimistic US job reports and the US imposition of new tariffs on Chinese goods. Yields in the US traded sideways on weaker than expected inflation pressures and the anticipated rate hike by the Fed. Yields in other major AEs have fallen, while among EMEs, they have remained divergent on country-specific factors, it said.

"Even as global growth and trade have been strengthening, rising trade protectionism and financial market volatility could derail the ongoing global recovery. In this unsettling global environment, it is especially important that domestic macroeconomic fundamentals are strengthened, deleveraging of distressed corporates and rebuilding of bank balance sheets persisted with, and the risk-sharing markets deepened," the RBI noted in its policy statement.

The RBI in a major move, ring-fenced the entities regulated by them from virtual currencies. RBI has directed all regulated entities including banks not to provide services to businesses that are dealing in virtual currencies like bitcoin. The central bank said it was doing so to protect consumer interest and check money laundering. "Technological innovations, including those underlying virtual currencies, have the potential to improve the efficiency and inclusiveness of the financial system. However, Virtual Currencies (VCs), also variously referred to as crypto currencies and crypto assets, raise concerns of consumer protection, market integrity and money laundering, among others," said RBI.

RBI MPC Meeting: Check what Anil Singhvi expects from the RBI Governor ahead of the policy announcements today - details here