All members of the MPC voted to reduce the policy repo rate and to continue with the accommodative stance of monetary policy. 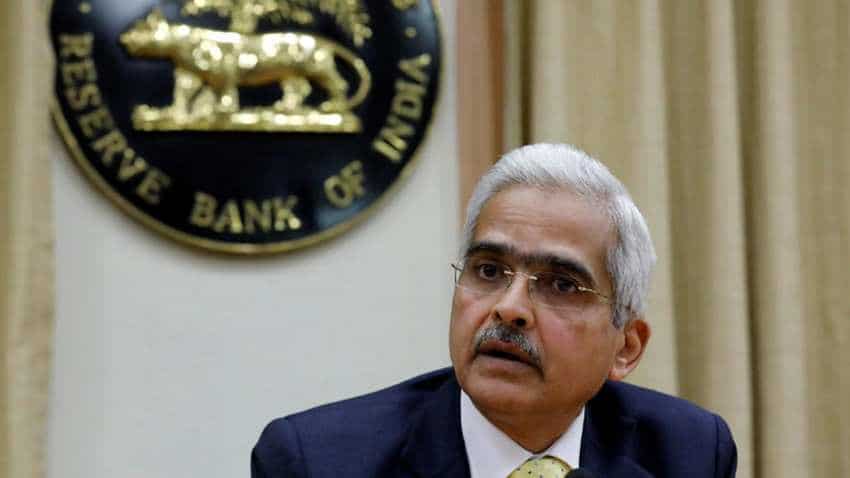 Rules changing from January 2021: LPG cylinder prices, GST to mobile phones, all you need to know about new things that will impact your day-to-day life

Viral message: RBI cancelling leaves of its officers. It's Fake!

The Reserve Bank of India (RBI) on Friday cut its key rates by 0.25 per cent to boost economy saying reduction was necessary to revive growth. With first quarter GDP growth plunging to 5 per cent, the RBI cut its estimate of economic growth in the current fiscal to 6.1 per cent from its earlier estimate of 6.9 per cent.

The repo rate, at which it lends to the system, has been brought down to 5.15 per cent. If passed on to the borrowers by banks, this will help reduce borrowing costs for home and auto loans, which are now directly linked to this benchmark. This is the fifth straight cut in rates by the RBI.

- On the basis of an assessment of the current and evolving macroeconomic situation, the Monetary Policy Committee (MPC) at its meeting today (October 4, 2019) decided to:

*The MPC also decided to continue with an accommodative stance as long as it is necessary to revive growth, while ensuring that inflation remains within the target. These decisions are in consonance with the objective of achieving the medium-term target for consumer price index (CPI) inflation of 4 per cent within a band of +/- 2 per cent, while supporting growth.

Since the MPC’s last meeting in August 2019, global economic activity has weakened further. Heightened uncertainty emanating from trade and geo-political tensions continues to cloud the outlook. Among advanced economies (AEs), the slowdown in the US economy in Q2:2019 appears to have extended into Q3:2019, weighed down by softer industrial
production.

The macroeconomic performance of major emerging market economies (EMEs) was weighed down by a deteriorating global environment in Q3.

Crude oil prices were pulled down by softer demand, amidst adequate supplies in early August.

On the domestic front, growth in gross domestic product (GDP) slumped to 5.0 per cent in Q1:2019-20, extending a sequential deceleration to the fifth consecutive quarter. Of its constituents, private final consumption expenditure (PFCE) slowed down to an 18-quarter low.

On the supply side, gross value added (GVA) growth decelerated to 4.9 per cent in Q1:2019-20, pulled down by manufacturing growth, moderating to 0.6 per cent.

Turning to Q2:2019-20, the initial delay in the onset of the south-west monsoon rapidly caught up from July. By September 30, 2019, the cumulative all-India rainfall surpassed the long period average (LPA) by 10 per cent.

Industrial activity, measured by the index of industrial production (IIP), weakened in July 2019 (y-o-y), weighed down mainly by moderation in manufacturing.

Retail inflation, measured by y-o-y changes in the CPI, moved in a narrow range of 3.1- 3.2 per cent between June and August. While food inflation picked up, fuel prices moved into deflation. Inflation excluding food and fuel softened in August.

Food inflation in August was elevated by a spike in the rate of increase in vegetables prices, a pick-up in pulses inflation and persistently high meat and fish inflation.

Deflation in the fuel group deepened in August largely due to the pass-through from a sharp decline in international prices of liquified petroleum gas (LPG). Subsidised kerosene prices, however, have been rising in a calibrated manner as oil marketing companies continued a gradual reduction in subsidies.

CPI inflation excluding food and fuel increased in July, but its roots were largely confined to prices of personal care and effects – mainly bullion prices, and transport and communication, reflecting rise in prices of petrol and diesel. By contrast, there was moderation in August, which was spread across most of the sub-groups; however, gold prices spiked further on global uncertainties.

Overall liquidity remained surplus in August and September 2019 despite expansion of currency in circulation and forex operations by the Reserve Bank draining liquidity from the system.

Monetary transmission has remained staggered and incomplete. As against the cumulative policy repo rate reduction of 110 bps during February-August 2019, the weighted average lending rate (WALR) on fresh rupee loans of commercial banks declined by 29 bps. However, the WALR on outstanding rupee loans increased by 7 bps during the same period.

Net exports had contributed to aggregate demand in Q1:2019-20 on account of a deeper contraction in imports relative to exports.

Going forward, several factors are likely to shape the inflation trajectory. First, the outlook for food inflation has improved considerably since the August bi-monthly policy.

The MPC notes that the negative output gap has widened further. While the recent measures announced by the government are likely to help strengthen private consumption and spur private investment activity, the continuing slowdown warrants intensified efforts to restore the growth momentum.

All members of the MPC voted to reduce the policy repo rate and to continue with the accommodative stance of monetary policy.

Rules changing from January 2021: LPG cylinder prices, GST to mobile phones, all you need to know about new things that will impact your day-to-day life

Viral message: RBI cancelling leaves of its officers. It's Fake!