The majority, in a poll of economists, believes a status quo is in the offing for this RBI policy, however, some have pointed out a surprise in the form of rate cut from governor Shaktikanta Das and MPC members. 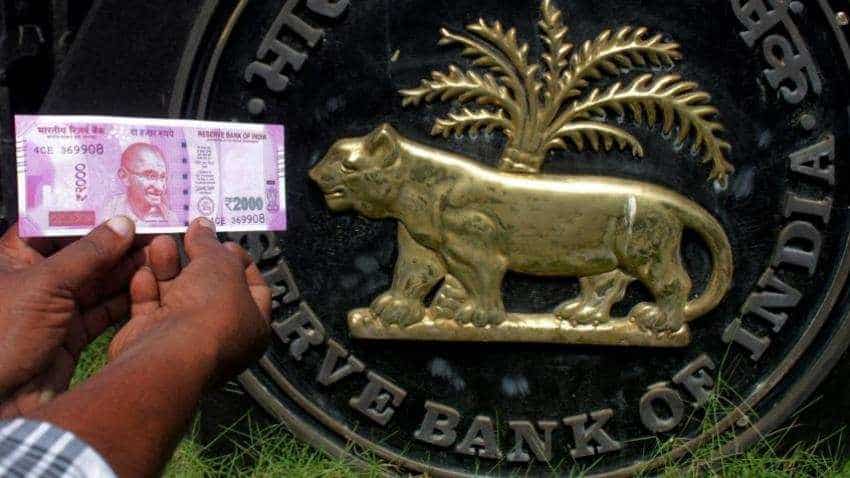 In past two days, the rupee has been trading cautiously ahead of RBI’s policy. Photo: IANS

The Indian rupee opened on a weaker note against dollar at interbank forex market, amidst the Reserve Bank of India (RBI) monetary policy announcement, which will take place in a few minutes. The rupee kicked off today’s trading session by depreciating 20 paisa to 71.76 against the dollar. In past two days, the rupee has been trading cautiously ahead of RBI’s policy. Either a turbulence or easing can be expected in rupee once RBI makes the announcement, either which way respectively. The majority, in a poll of economists, believes a status quo is in the offing for this policy, however, some have pointed out a surprise in the form of rate cut from governor Shaktikanta Das and MPC members. In terms of Indian rupee, they desire a status quo from RBI. Is it worth it?

Anindya Banerjee, analysts at Kotak Securities said, “If RBI lowers interest rates, it can knock down the Rupee. That is a risk worth taking as anyways the Rupee in 2019 is not responding to high real rates, as inflows are lacking.”

Banerjee says, “ If RBI can lower rates by 25 bps and keep the option open for another 25 bps in April, it can juice up the bond market and also rate sensitive stocks.”

According to Banerjee, over the last 4 years, RBI's focus on keeping real rates positive and high has brought stability in the currency market and anchored inflation expectation, which also helped in stimulating accumulation of financial assets, at the expense of physical assets. However, high real rates have a trade-off, by way of growth. Due systemic factors real rate which borrowers from the MSME sector faces is significantly higher.

“Such high real rates to the sector has hurt their growth and job creation in the economy,” says Banerjee.

Economy is going through the disruption of formalisation, which extracts cost by way of production and employment in the informal sector. Banerjee adds, “At such a time, keeping real rates very high, especially in the MSME sector can be detrimental for the nation. We understand, that very high real rates that MSMEs face is not just due to RBIs decision on liquidity and repo rate but also stress being faced by large part of the banking system and other factors.”

Therefore, the solution in Banerjee’s view is multipronged. On one hand RBI needs to do its part of stimulating the credit channels. Government is working on cleaning up the banking sector. However, with NBFC mess now, suddenly this credit availability and credit cost has become even dearer.

In previous trading session, the Indian rupee was mostly subdued as they settled 1 paise higher at 71.56 against the US dollar index. Meanwhile, foreign investors purchased shares worth Rs 694.97 crore on a net basis, and domestic institutional investors bought shares worth Rs 525.26 crore.