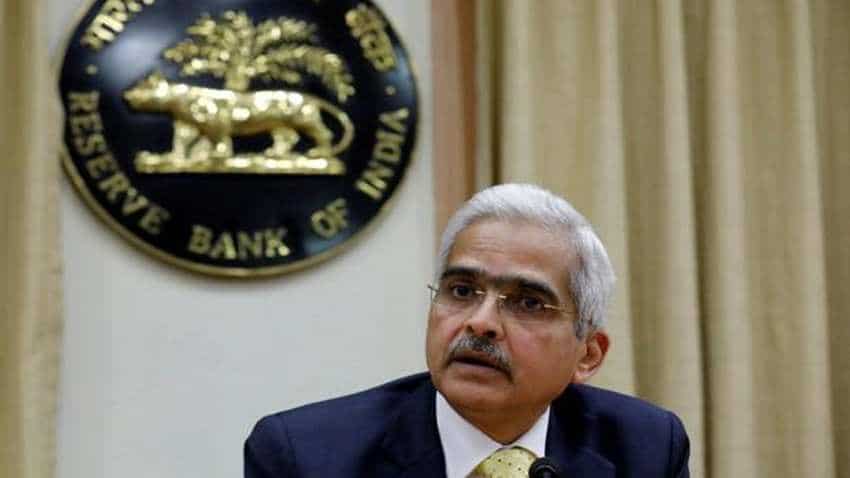 In October, the RBI reduced its key lending rate for the fifth consecutive time to 5.15 per cent, the lowest in around a decade. Reuters photo.
Written By: Prashant Singh
Edited By: Harish Dugh
RELATED NEWS

The Reserve Bank of India (RBI) on Thursday announced that there will be no change the benchmark lending rate. This means the repo rate still stands at 5.15 per cent. In October, the RBI reduced its key lending rate for the fifth consecutive time to 5.15 per cent, the lowest in around a decade. Prior to that, in the fourth bi-monthly review of the policy, the RBI sharply reduced its GDP growth estimate to 6.1 per cent for FY20 as against 6.9 per cent it was expecting earlier.

RBI Governor Shaktikanta Das said, "The benchmark lending rate may be slashed in future; all the members of the monetary policy committee are not in favour of reducing rates."

Reacting to RBI's decision, Rajesh Cheruvu, The Chief Investment Officer, Validus Wealth, said, "MPC has mentioned that there is space for monetary policy action in future but felt it appropriate to pause now given the risks to inflation. RBI would want banks to ensure maximum transmission of 135bps repo rate cuts done so far in CY19 as credit growth has now slumped to below deposit growth. Given the widening fiscal deficit concerns, G-Sec supply pressure and wider than average spreads we prefer good-quality Corporate Bonds over G-Secs. Any truce on the trade war and growth positives will benefit short vs long duration, which is our preferred strategy."

However, investors in the equity market were eagerly waiting for the RBI Monetary Policy Committee's (MPC) decision on lending rates. There were high expectations of a rate cut announcement by the Reserve Bank of India (RBI) post its monetary policy meet.

"Market is cautiously awaiting RBI monetary policy meet to be held tomorrow where it expects the central bank to deliver its sixth rate cut of the year despite higher inflation. 25 bps rate cut is already factored in by the market and thus investors would watch out for any surprise on that front and the commentary on future path," Siddhartha Khemka, head of retail research at Motilal Oswal Financial Services had said.

"The market is likely to look for a deeper RBI rate cut as 10 year G-Sec is now higher than Indian quarterly nominal growth. Markets would look for easier monetary policy and high frequency data for more cues. Focus should be on non Nifty boarder markets for the upward trend, " Edelweiss Professional Investor Research Chief Market Strategist Sahil Kapoor had opined.