RBI has cut repo rate by 50 basis points in past two monetary policies, taking down the indicator to 6% currently. 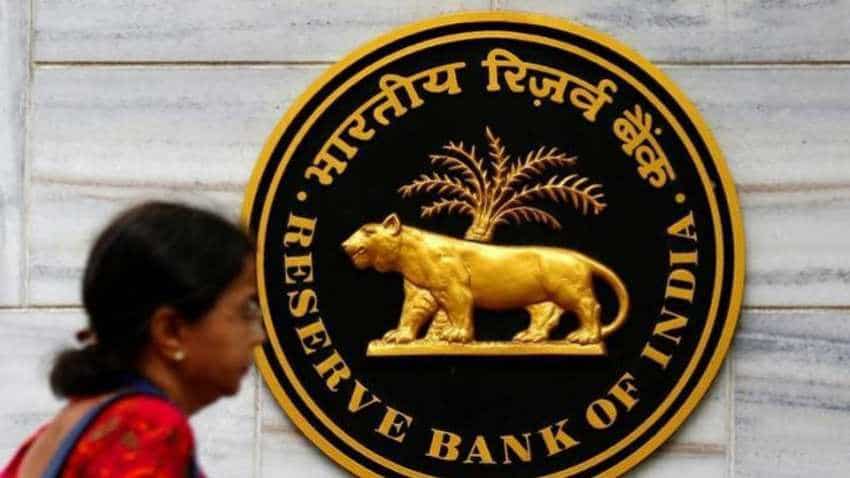 We are just hours away before RBI governor Shaktikanta Das along with MPC members presents the second bi-monthly monetary policy for FY20 on Thursday. Markets, foreign investors and rupee will trade accordingly. Policy repo rate plays a major role for common man, banks, stock exchanges and money market. For June 2019 policy, majority of experts are predicting another rate cut which will be third time in a row. RBI has cut repo rate by 50 basis points in past two monetary policies, taking down the indicator to 6% currently. RBI’s policy repo rate decisions are led by movement in Consumer Price Index (CPI), as they are inflation trajectory central bank. Here’s what experts say on RBI policy -

Ankita Pathak, Economists along with Ashutosh Gehlot, Market Strategist said, “We believe that Indian economy badly needs monetary reflation at this point. Lower rates can revive credit and spur investments. Given that the policy is in pre-budget month, RBI may act cautiously and could cut rates by 25bps while adopting a wait and watch approach to changing stance. Any signs from the Central Bank to assist the fault lines in NBFC space will be welcomed.”

Nikhil Gupta and Yaswi Agrawal, Research Analysts here said, “The pressure on the Reserve Bank of India (RBI) to cut interest rates this week has mounted dramatically, considering the 20-quarter slowest headline GDP growth of 5.8% in 4QFY19 and the headline inflation at sub-3%. Whether the RBI should complement it further with liquidity-easing measures is also debated. In the absence of fiscal space to boost the economy, the RBI is expected to maintain a delicate balance between short-term relief and long-term strategy.”

The duo added, “Considering the intense pressure and the absence of fiscal space, the monetary authority may decide to provide short term relief, but it also must ensure the natural economic tendencies address the excesses created in the economy. The process will lead to controlled pain in the short-term, but will set the stage for sustained long-term growth. Productive and efficient use of resources, self-discipline and ability to eliminate excesses are the most important virtues that will determine the future of an economy over a longer period of time.”

Anushri Bansal analysts here said, “We expect a 25 bps Repo rate cut in the June policy. While we expect the stance to remain neutral, we think there is room for the forward guidance to be dovish on the back of lackluster domestic and global growth. We also do not rule out an asymmetric rate cut of higher than 25 bps which could once again guide the markets of an accommodative stance by the central bank, although we assign a much lower probability to this. Moreover, while there is a low probability of any explicit framework on liquidity management as part of the policy, the committee could consider providing some guidance that liquidity support to the system would remain ample during H1 FY2020, even while the system is likely to register a strong surplus by the end of Q1 FY2020.”

Teresa John, Research Analysts (Economists) said, “With the slowdown in growth, muted inflation, and political stability with limited chances of excessive fiscal populism, we believe the odds of a June rate cut by the monetary policy committee (MPC) are now significantly higher. If accompanied by a change of stance to accommodative, this would imply the possibility of another rate cut by October. Nevertheless, some of the uncertainties which led us to believe an August rate cut was more likely still remain.”

Kapil Gupta, Prateek Parekh and Padmavati Udecha analysts here said, “Weak growth, contained inflation, tight domestic liquidity and the Fed’s pivot make a strong case for rate cut by the RBI. We expect a 25bps cut in the forthcoming policy and more subsequently. On the liquidity front, continued injections of durable liquidity (OMOs etc) is very critical in our view. Any sector-specific liquidity measures (e.g. NBFCs) will be keenly watched.”

Amar Ambani, President & Research Head said, “The RBI policy on 6th June is going to be a big booster for the stock market. I expect RBI to cut rates by 25 basis points, change their monetary stance to accommodative and strongly address the liquidity deficit, may be even go for a surplus liquidity framework from neutral one presently. Inflation is not of concern and economic growth needs support. This will provide momentum to the market in coming days. I reiterate my Nifty target of 13000 in 2019. Post the Budget, we anticipate space for another 25-basis point rate cut."

Satyam Kumar Co-founder & CEO, LoanTap – a leading FinTech company, said, “In the upcoming monetary policy, we can expect RBI to reduce repo rate by 25 basis points (bps). The last quarter’s growth was slowest in last 5 years at 5.8% which we believe will definitely grow at 7%. The current economic and inflation trends are key indicators that show repo rate cuts can be expected in the RBI monetary policy meet.”

What to expect from RBI's monetary policy announcements on Friday? Expert Ajay Bagga expects this!