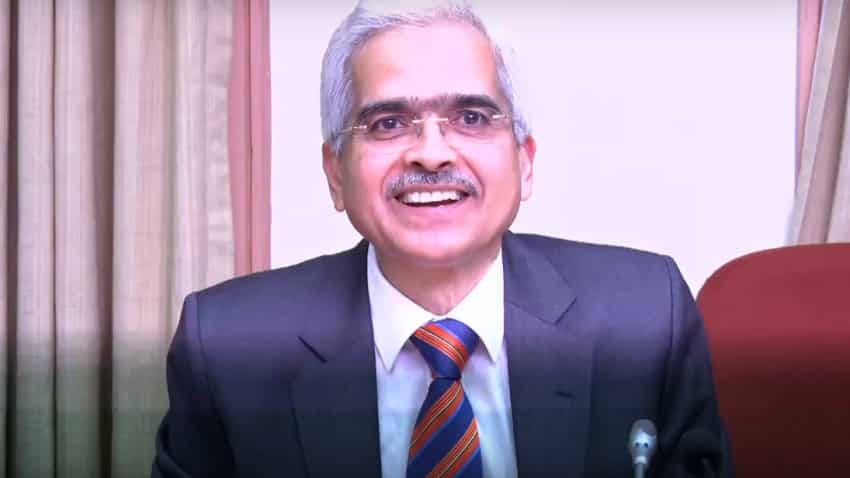 All eyes will now be on the Reserve Bank of India (RBI) who will be presenting India’s second bi-monthly monetary policy for FY20 today. Led by governor Shaktikanta Das, the RBI MPC has already followed two-consecutive cuts in policy repo rate. Currently, India’s policy repo rate stands at 6%, with reverse repo rate under LAF adjusted at 5.75%. The marginal standing facility (MSF) rate and bank rate stands at 6.25%. The MPC members have maintained neutral monetary policy stance. Coming to June 2019 policy, every expert, markets and investors are looking forward for another 25 basis point cut. However, these factors will play major role in decision making as per Care Rating -

Growth in deposits and credit was higher in FY19 compared with FY18. The deposit growth in FY19 at 10% was 3.8% higher than a year ago. Likewise, the bank credit grew at 13.3% compared to 10% in the previous year. In FY19, the credit growth had surpassed the growth in deposits, resulting in persistent liquidity deficit in the system.

Also on considering only the daily repo and reverse repo operations, the banking system has been in liquidity surplus with RBI absorbing Rs 0.4 lkh cr as on May 31, 2019.

MPC has reduced policy rates by 25 bps each in the previous 2 monetary policy meet (i.e. Feb’19 and April’19). The median MCLR has declined from 8.8% in Jan’19 to 8.74% in April’19 which implies transmission of only 6 bps in the subsequent three months following the first repo rate cut in Feb’19.

The WALR on outstanding loans has declined from 10.38% in Jan’19 to 10.35% in Mar’19. However, if the WALR is viewed for fresh rupee loans issued in March’19 there was a decline of 26 bps over Jan which shows the transmission has been good.

There has been an uptick in the overall CPI index with retail inflation rising to 2.9% in April’19, 95 bps higher that Jan’19. Food prices have also increased moving out of the deflationary trends (recorded during Oct’19 to Feb’19) and seeing a positive growth during March’19 (0.7%) and Apr’19 (1.4%). This has chiefly been on account of rise in vegetable prices which have seen positive growth in April’19 after witnessing sustained negative growth during Jul’19 to Mar’19.

On the other hand, there  has been a moderation in core inflation declining to a 21-month low at 4.5% in April’19. 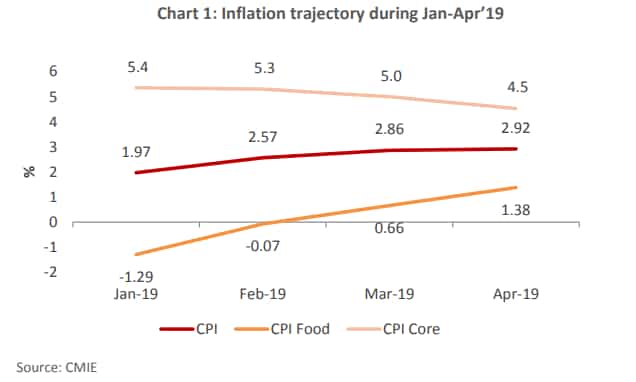 Limited volatility and depreciation in the exchange rate has not weighed on inflation.

Madan Sabnavis, Chief Economist along with Sushant Hede, Associate Economist at CARE Ratings said, “We believe that there is a 50% chance that the MPC would go in for 25 bps rate cut to provide much needed thrust to the economic growth. The MPC had noted in the previous meeting that the domestic economy is facing headwinds especially on the global front and there is a need to strengthen domestic growth by spurring private investment. The only challenge to the MPC is the retail inflation trajectory and the upside risks to it.”

In regards to monetary policy stance, the economists added, “The RBI will maintain its stance at neutral given that the inflationary potential still exists, making it too early for the stance to be revised.”