RBI monetary policy 2018: Why central bank will hold its horses and not hike rates 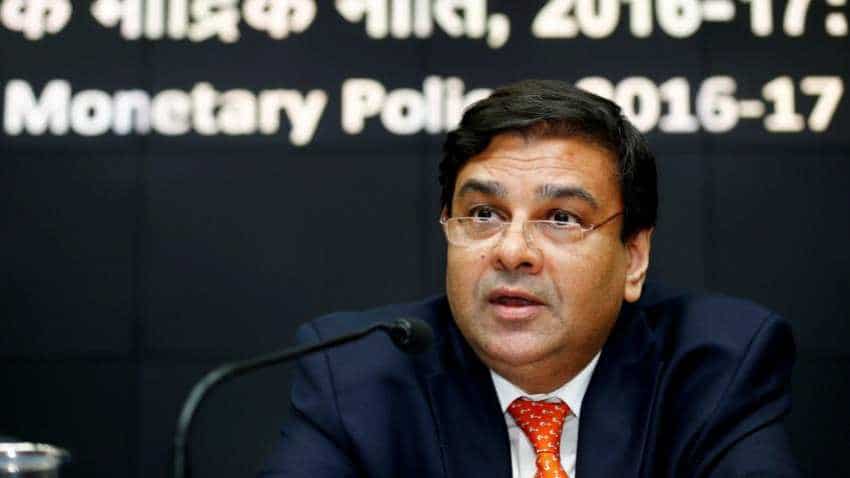 When RBI hiked repo rate in June policy, everybody was of the opinion that another hike is expected in August policy as well this year. Now the time has once again arrived and RBI governor Urjit Patel along with six-member Monetary Policy Committee will be presenting India's third bi-monthly policy at around 14:30 hours today. However, time has changed and the factors which were first seen as a troublemakers for RBI, have pointed towards a status quo in this policy as per many experts. One should remember a rate hike picture is still there in India but not today as per many experts. India’s August policy is divided in two opinions one supporting a rate hike and another rooting for a status quo.

Let’s understand why RBI will hold its horses in this policy.

Economists at HDFC Bank say, “It’s a close call and a tough balancing act but we expect the RBI to tilt in favour of a ‘hold’.

They added, “We think that balancing the risks and the comforts, the MPC is likely to keep the policy rates unchanged. Moreover, with already elevated bond yields, the MPC is unlikely to send very hawkish signals to the market with back-to-back rate hikes.”

Similarly, Dr. Soumya Kanti Ghosh, Group Chief Economic Adviser at State Bank of India said, “We believe August rate decision is a close call, though we believe status quo rather than a hike looks the best option. The only reason for a rate hike by RBI at this juncture might be to satiate the self fulfilling prophecy of market expectations of a rate hike to stem the rupee depreciation (though rupee depreciated by 3% post June).”

Edelweiss Financial Services said, “A wait and watch approach with a neutral stance is more suitable at this stage, in our view. Effectiveness of MSP in corps outside paddy, trend in crude prices and USD remain the key monitorables.”

HDFC Securities explained the 10 year bond yields closed at 7.91% on the day the RBI hiked rates last time in June. The 10 year now yields at 7.77%. So the bond markets are not expecting a hike.

Analysts at HDFC Securities added, since the Fed is likely to hike in September, the RBI could be behind the curve if it does not hike now. So while the compulsions would be to hike now just to remain ahead of the curve, it may not want nip the recovery ahead of any major data to the contrary.

Therefore, HDFC Securities also said, “the Central Bank may hold back any rate hike for now but may not be immune to hiking before the scheduled meeting on October 3, if the incoming data warrants so.”

Also expecting a status quo this policy, Edelweiss Investment Research explains few detailed factors to why RBI needs to wait and watch this policy. They are:

Core Inflation: Base Effect to be blamed?

Core inflation had plunged to a 2-year low in June 2017. This phenomenon had begun in April 2017 and lasted till July 2017. The cycle reversed in August, from thereon the core inflation started picking up.

Though core inflation of 6.4% is above RBI’s comfort level, it is believed e the central bank will be cognizant of the transient impact of base effect on core inflation. Secondly, the demand especially in rural areas is slowly recovering but is still in its nascent stage.

Minimum Support Prices (MSP) for Kharif crops were announced earlier this month. It came mostly in line with our estimates. Also, setting up of higher MSPs, does not necessarily translate to higher food inflation.

It depends on how much is procurement ratio of the Government. Additionally, most of the major crops like food grains, pulses are already in surplus mode.

Analysts said, “ we estimate not more than a 30-40 basis point pass through to food inflation. Besides, the impact of the same will be felt in the second half of the year.”

Normal Monsoons or not?

Monsoon has been progressing slowly across India. With West and South receiving rainfall. East and Central India seems to be most impacted. However, true picture of the spatial distribution and reservoir level will be available only by September.

Tensions between Saudi Arabia and Iran, inadequate supply of US Shale and not enough production boost by OPEC weigh on oil prices. Some consolidation was witnessed in oil prices in June. After Brent hit USD 78 per barrel, it consolidated to USD 73/74 levels.

Unlike the last monetary policy meeting, where bond yields and INR were continuously surging, they are stable this time around. With Bond yields stabilizing at 7.8 levels and rupee at 68 levels, they might be less of a concern for central bank now. To add to this, the real interest rates are already high in India.

The central bank decisions under Governor Urijit Patel has been more pro-active than reactive in nature, be it changing stance from accommodative to neutral or raising interest rates by 25 basis points before inflation surges.

There is no denying that there are various upside pressure on inflation like fiscal stimulus in pre-election year, demand recovery in rural areas, supply side disruptions due to trade wars and so on.

However, analysts say, “We believe that RBI will not rush into another rate hike rather wait for half fiscal to commence to gain more clarity.”